Dinesh D’Souza consistently proves himself to be one of the dumbest political commentators on the planet. He’s gone on the attack against Kamala Harris. His weapon of choice is racism.

A shocking claim was made by American conservative author and commentator Dinesh D’Souza some days ago when he claimed, or, in his words, ‘revealed,’ that Kamala Harris, the Democratic Party’s nominee for the post of Vice President, is a descendant of one of Jamaica’s slave owners. This has, as expected, caused a storm, especially on social media.

I do have to wonder if the marriage of the white slaveowner to the black woman who was his slave was the social event of the season on Jamaica that year? Or if his black descendants are proud to trace their lineage back to a rapist? As the article points out, though, the relationship is a bit ambiguous, because tracing ancestry through the tangled lines of unacknowledged children of rape is no doubt tricky. Not to D’Souza, though! 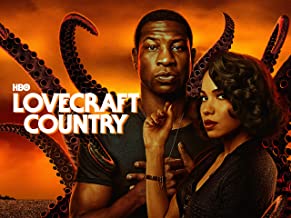 Has anyone been watching Lovecraft Country? Phenomenal story, great acting, horrifying monsters, all the stuff we want from Prestige TV on HBO. It’s also centered on the relationship of a black family to a deeply racist community, HP Lovecraft and Lovecraft fans — oh wait, no, I accidentally slipped into the meta dimension there for a minute. The first episode has ended with three black characters, bold people who travel about writing travel guides for other black people, ending up at the door of a mysterious grand mansion deep in a small rural town after harrowing experiences a sundown town, a sadistic sheriff, and a swarm of many-eyed monsters. They are greeted by the whitest, most Aryan-looking dude at the door.

I’ve read the book, so I know what’s next, so I’m about to spill the most minor of spoilers.

The black family are descendants of an evil cultist who settled in America to practice his religion, their grandmother having successfully escaped many years before, and now the cultists need the magical power of his last direct descendant. It’s a bit similar in some ways to Get Out in that way, with major differences, and also a story line that continues on in some strange ways (it’s just going to get weirder, everyone).

There’s an opportunity for a tie-in to current events here, I’m hoping HBO will take advantage of it. They seem to be doing a good job of finally educating the American public about our racist history. They shocked people with the revelation that the Tulsa massacre was a real thing in Watchmen. Now I’m seeing people surprised at the term “sundown town”, so HBO once again is teaching history.

Now we just have to get everyone to learn that being descended from a slave owner doesn’t necessarily mean that one was part of the oppressive power structure. Not D’Souza, though: he’s hopeless.

Can the Wehrmacht be absolved? » « I don’t know that I like being on the other side of the microscope