My colleague, Chris Atkinson, told me yesterday that he’d been seeing a lot of spiders in his compost heap. “Interesting,” I thought. Then he sent me this photo: 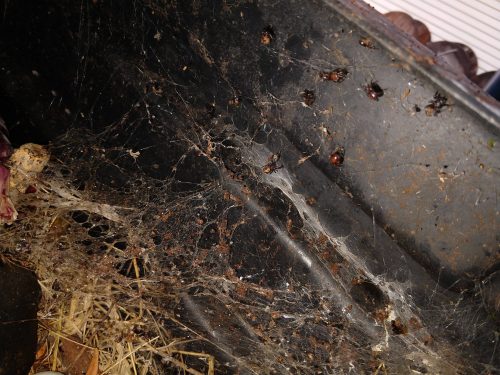 WHOA. Look at all those spiders.

So I stopped by this morning (how could I not?), and the photo doesn’t do it justice. It is spider paradise. It’s a spider commune. There are all kinds of bugs living in the compost, and all over above them is a dense communal spider web, packed with spiders. I’d suspected it from the first picture, but I stuck my face down there and confirmed it — Steatoda borealis, the Northern Combfoot, which I’ve occasionally found while prowling about town, but this was the Mother Lode. I got a few closeups of one of their number in their web. 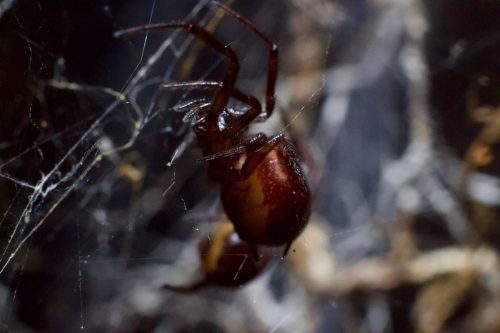 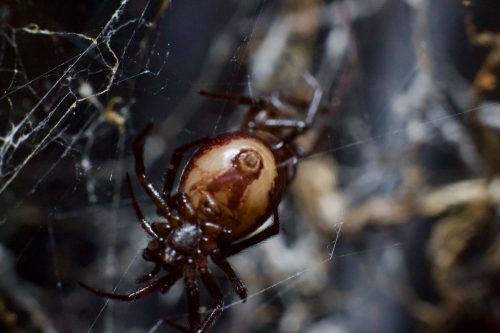 Then I also snatched up three of them to bring into the lab. Don’t worry, there were so many spiders there that losing a few won’t significantly affect the population. 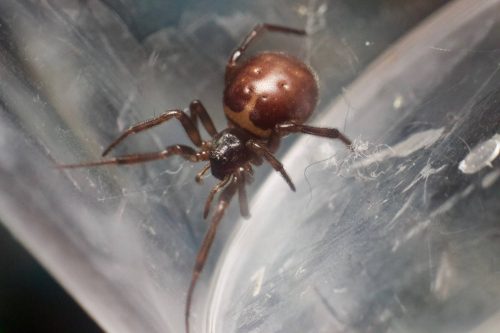 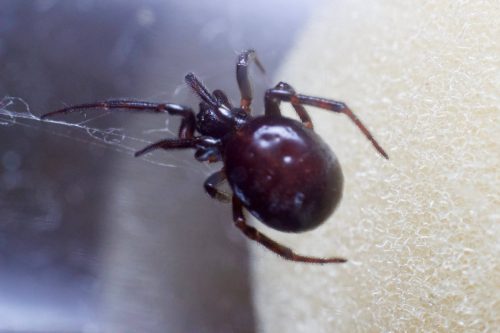 This isn’t the best photo, but it’s got my blurry finger in the background, so you can get a sense of their size. S. borealis is a fairly large beast. 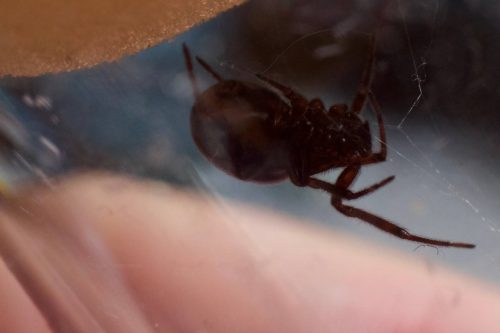 Finding a thriving population on a compost heap does have obvious implications about how these spiders might survive a winter. I took the temperature of the bin — about 10°C — which was about the same as the ambient temperature, but I’ll have to check back later when it gets really cold.

I should probably let Chris know that these spiders are venomous, though. That would be the ethical thing to do.

Why does it have to be a science teacher? » « What “heritability” actually means