Unfortunately, they also make life miserable for everyone else, too. It’s not just the misogyny, either — the misogyny is a gateway to racism, violence, and organized opposition to any progress that doesn’t put them in charge.

The “Men’s Rights Movement” (MRM) regularly overlaps with and reinforces white supremacy and the “alt-right” through a shared belief that dominant groups in society — men and whites, respectively — are actually oppressed. Along with other “anti-feminist” activists, this misogynist coalition seeks to force its regressive viewpoint on the rest of society, from movie releases to federal education policy. From online harassment to deadly violence, the MRM and its activists are an immediate and growing threat.

Their “opression” is a garbage myth that festers everywhere. We white men are catered to constantly, and we get upset if someone doesn’t bow down low enough to us. It’s getting embarrassing to be in this group.

But of course, everyone cares about white men. Do you want a movie about what it feels like to be a middle-class white man who has never gotten to skinnydip naked in the middle of the night with a hot girl? Oh it’s an entire genre. Do you want a really long think piece about how hearing the phrase “black lives matter” and having to go to community college instead of Harvard even though you only had a 2.3 gpa turned you into a neo-Nazi? If someone hasn’t written it yet, they will. Do you want a great American novel about how being a white dude working a secure, middle-management job with full health and retirement benefits makes you want to open fire at the next company potluck? Pretty sure your local librarian can point you to a few dozen.

Yeah, all you have to do is go to Netflix or Amazon Prime and open up almost any movie — anything from the 1980s is particularly awful, but there’s contemporary stuff that does the same thing — to find Big Men bullying or demeaning women or minorities, solving problems by shooting people. And those are the heroes. Our role models are mostly cocky, gleeful assholes.

You do find shows that feature women or black people in intelligent roles, but those are mocked. Worse, look at something like She-Ra where women play heroic characters, and then check YouTube, where you’ll find man-babies raging about how cartoon women have stolen roles from cartoon men. These are people who think their masculinity is enhanced by screaming about how portrayals of adolescent girls don’t have large enough breasts to suit their needs.

It can be humiliating to be a man, sure…because of that minority of loud, obnoxious cockwombles who use their privileged status to make the world worse for everyone else. The only way to affirm one’s superiority is to stomp on someone below you in the social hierarchy, I guess. I found this story insightful: it’s about how the system is set up to benefit the worst men. The system, in this case, being Facebook, which advertised a wholesome group about “Dads With Daughters” and wrecked the whole thing by bringing in swarms of asshole men.

Chatters says the ad, which features just a father and daughter, brought to his group a wave of single and divorced dads: “Unfortunately, a lot of, I guess I would say, jaded men coming from custody battles and situations where they’re not 100 percent in their children’s lives. They come to the group for support, but that’s a different type of energy. These men have been separated from their partners in a probably negative way, which means that men are coming to this group with a negative perspective of women.”

And even if the more extreme members are a minority in his group, they post a lot more. Given Facebook’s new “badge” system that rewards more active users, the smaller but louder faction rules, Chatters says.

“There is a lot of the research that focuses on masculinity, and how most men are in a place where you can reach them positively and help them understand certain aspects,” he explains. “But when there is a minority of men who are not, that minority of men basically control the larger group of men with their behaviors. And that is very much playing out in this group.”

We could talk about how a social media site like Facebook can be so dazzlingly incompetent at comprehending social behaviors — they’re about bringing in advertising dollars, not facilitating healthy conversations, and pathological train wrecks are always better for that — but this post is about bad men. I think that it’s important to note that a majority (maybe?) of men want to do what’s fair and right, and don’t feel threatened if someone who is not a white man is succeeding. Unfortunately, the system is set up to give control to the most disagreeable and overbearing jerks in a group, whether it’s a little forum on Facebook or the US Senate. That means this becomes the face of every white man on the planet. 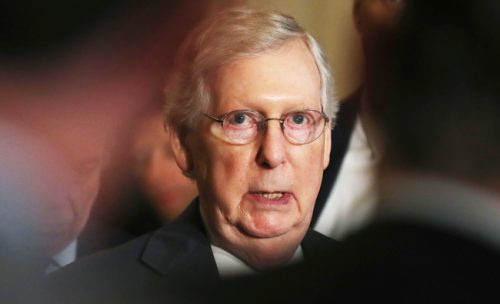 The progressive agenda was just set by…Tommy Lee? » « An ancient saga from the lore of Usenet