I’m back! I have to say that, after drinking margaritas with Iris, the next best part was the spider tour, and in particular this one place, the Thompson Hill Information Center and Rest Area, which was magical. 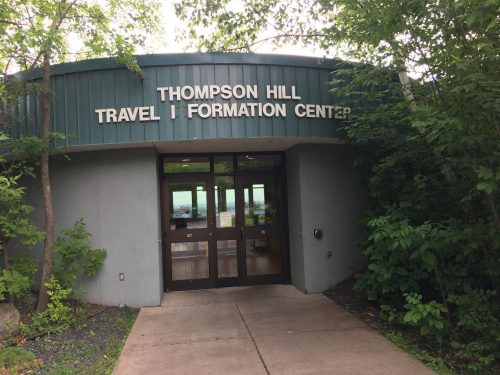 I had a good feeling when I saw all the plants growing up right next to the building, and I was right. I went to the left behind the shrubbery and there in the corner, I saw this: 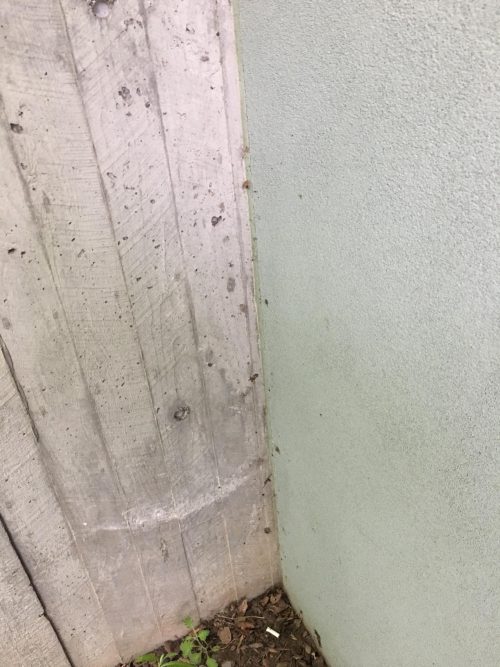 All those dark dots running down the center? Spiders. All Parasteatoda. I counted 9 in just this one little strip, and there were more and more all around the building, and then there were multiple picnic shelters that were home to many more. It was a spider bonanza!

Want to see a few? Look below the fold. 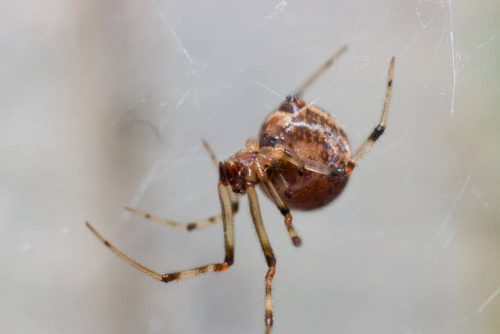 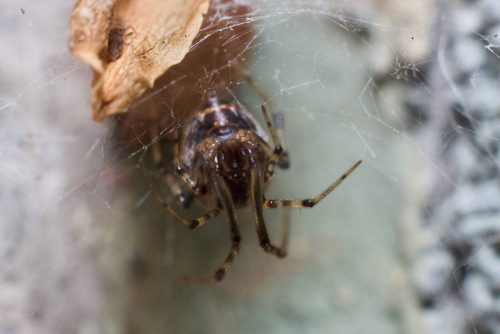 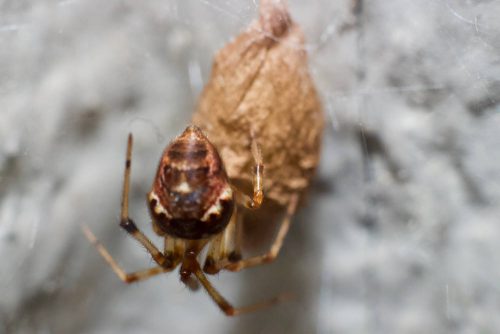 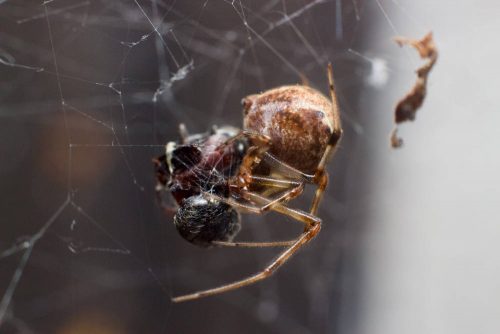 Aren’t they pretty? That last one is gnawing on an ant. All of them had an egg sac, or multiple egg sacs, nearby. I’m thinking maybe I ought to make a collecting trip to this place and gather a horde for the lab colony.

Oh, as for the information in the Information Center, and the facilities of the rest area? I don’t know. I didn’t go inside. There were too many glories on the outside.

We eventually tore ourselves away and drove on down the road to the General Andrews Rest Area. The population wasn’t quite as dense there, but like we saw the other day, we saw multiple webs with a dense clot of debris in the center. I tore this one away from the web to get a closer look, and there was Mama Parasteatoda, guarding two egg sacs. 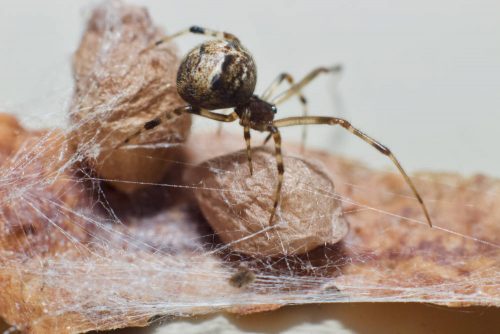 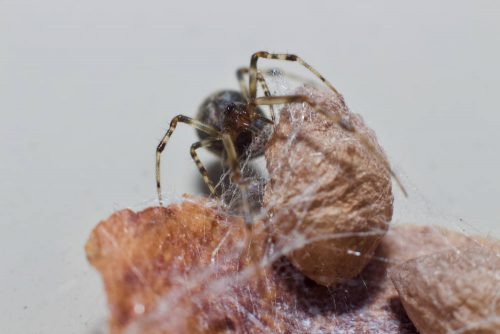 Since I’d ripped her nest out of its web, I felt obligated to take her home with me. She now has a nice cage in the lab, with her egg sacs. I had to name her General Andrews, of course.

The next stop was — control your giggling, children — the Middle Spunk rest area (there is also a Lower Spunk, if that helps). We were seeing fewer spiders because the wind had sprung up, and we were getting some hard splattering rain, but there were lots of webs, and in particular, a lot of spiderlings. 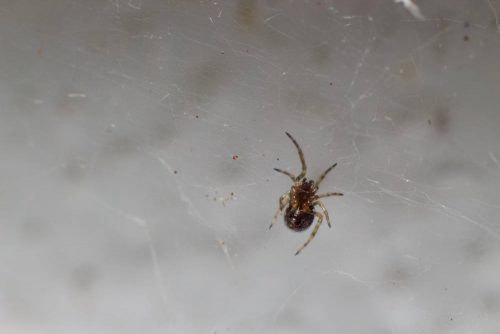 You have to love spiders, because here’s one itty bitty baby spider that is already jaws-deep in the carcass of a mosquito. They start killing mosquitos as soon as they’re ambulatory. 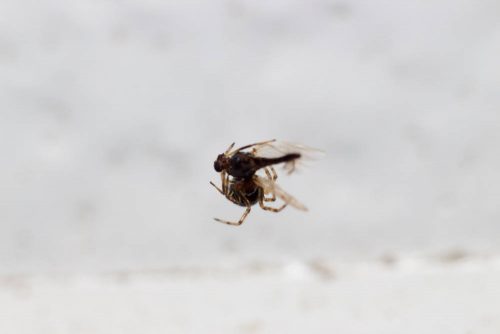 One last stop before we scurried home, because the area is currently under a tornado watch, it was hot and mucky, and there were far too many mosquitos out and about. The not-fun part of all this is trying to hold still and focus on a tiny spider long enough to shoot a bunch of photos, all while a whining cloud of mosquitos are hovering around trying to drain you dry.

We stopped at the Sinclair Lewis interpretive center in Sauk Centre, which has a now defunct museum (I guess they moved it elsewhere in town) and a little red schoolhouse. Everything is painted red to match, which shows. There were a few Parasteatoda in the neighborhood, but strangely, the buildings were swarming with big fat Opiliones scurrying around, which, sad to say, don’t interest me much. It is curious though that they were so populous in this one place in our travels. 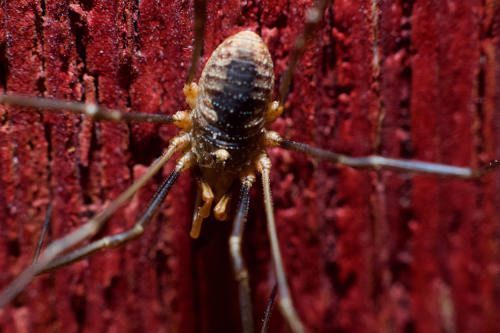 I also saw a lovely tetragnathid hanging out on the museum, and took a quick picture. 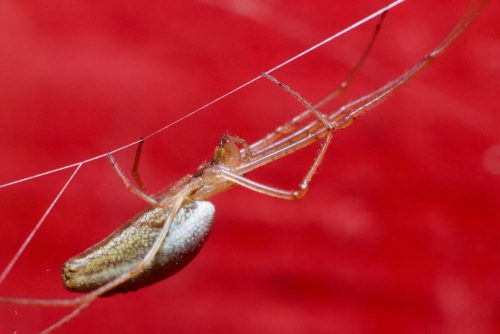 Then the mosquitos killed us and we had to stop. It was fun while it lasted!