I have plans, so many plans.

First, I’m going into the lab to examine yesterday’s handiwork. We attempted to breed two pairs of spiders yesterday, moving them into two different kinds of larger chambers. My concern is that the vials we keep them in are too small for two spiders and that one of the reasons I’m seeing so much cannibalism of the males is because of overcrowding. If all goes well, I’ll find two females and two live males today. If that works, I’m going to turn my incubator into a fornucopia and pair up all the males with mates. I’d like, for a change, to have more embryos than I know what to do with.

Then we’re surveying some more garages. I’ve arbitrarily set a one week window for data collection in June, so that will be done tomorrow.

This afternoon I have to transcribe all the data into my computer — right now I’ve got a pile of folders and scribblings on paper for each site. I’m keeping paper records of everything (hey, election officials — it’s a good idea!), but I’ve got to get it organized in one place so I can wrap my head around it.

One of the things I have to sort out is some of the bigger picture data. I’m being scrupulous about data privacy — every site is encoded on a master list, and then the individual site data is stored without direct reference to the homeowners (which is good, I planned ahead thinking people might not want it known how many spiders occupy their property), but now I’m seeing glimmerings of interesting spatial distributions of species. I might want to make a map at some point.

In some ways, the data so far is kind of boring. Because we restricted ourselves to one narrow kind of environment, garages and sheds, we’re seeing the same beasties everywhere: Pholcus and Steatoda and Parasteatoda. That’s good for our sanity, because we’re brand new at this spider game, so reducing the number of taxa we have to master simplifies everything. We know, though, that there are hundreds of species around here, and we only occasionally see an orb weaver or funnel web spider or ground spider in these dusty musty cobwebby garages. We might want to think about sampling other sites in the future.

For instance, houses around Lake Crystal here in town have been stunning when we walk up to knock on the front door — the houses are covered in webs, there are swarms of mosquitos and mayflies everywhere, we start out convinced that this place is going to a time-consuming nightmare to sort out. Then we walk into the garage, and dang, it’s nothing but Theridiidae and Pholcidae again, and not particularly rich in them, either. We’re focused on these sheltered mini-environments while there’s a riot going on outside. Maybe at some point, if I get a student interested in that sort of thing, we’ll just stake out an area on the lakeshore and go centimeter by centimeter through that more complex space.

Right now, though, just the relationships between these few species in our limited environment are going to take a while to puzzle out. Garages are either infested with Pholcus or Parasteatoda, but mixed distributions are less common. Will we see shifts over the summer? Do the pholcids, known predators of other spiders, gradually take over? Is there something in the environment that favors one species over another?

We’re also seeing some interesting granularity in the species distribution, which is one reason I’m thinking of mapping. We find Parasteatoda tepidariorum everywhere, it’s probably the most common spider in these sites. But then we found one house that was all S. triangularis, and two widely separated houses with lots of S. borealis. Just chance? Are there little enclaves of these species, like ethnic neighborhoods, that persist over time? If we go door-knocking and check other houses in these neighborhoods, will we find larger patterns?

I haven’t even started on the lab studies. Once we get steady production of embryos, we’re going to start with some simple studies of the effect of temperature on rate of development, seeing if we can induce diapause, that sort of thing, all with the aim of figuring out how spiders survive living in a place where temperatures drop to -20°C every winter. My summer months are split with one week of taxonomic studies to three weeks in the lab, so that’s actually going to take up more of our time soon.

I feel like I’m getting sucked down into a spider hole. It’s delightful! I recommend it! You should all join us down here! 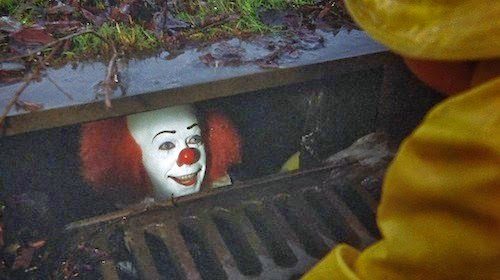 Do you feel the fear of Christ yet? » « I can’t decide whether this is peak capitalism, or the demise of capitalism