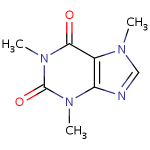 I remember my wild man days, when I might have as much as 5 or 6 cups of coffee during the day — to be honest, I was never particularly wild, but I would get the caffeine shakes and feel a bit edgy. I’m now down to one cup in the morning, and if I’m feeling crazy, two. But never have I consumed the equivalent of 300 cups of coffee in one sitting, like these unfortunate students.

The students had volunteered to take part in a test in March 2015 aimed at measuring the effect of caffeine on exercise.

They were given 30g of caffeine instead of 0.3g, Mr Farrer said.

Death had previously been reported after consumption of just 18g, he told the court.

The university had switched from using caffeine tablets to powder, he said.

“The staff were not experienced or competent enough and they had never done it on their own before,” he said.

“The university took no steps to make sure the staff knew how to do it.”

The calculation had been done on a mobile phone, with the decimal point in the wrong place, and there was no risk assessment.

Caffeine is a potentially dangerous drug, and anyone working with it needs to be aware of that fact. I’ve had students experiment with it in our cell biology lab, and I always preface providing the purified drug to students with the warning that it is almost certainly the most dangerous chemical in the lab at that time, that they shouldn’t let familiarity with it as an ingredient in coffee and soft drinks let them be casual with playing with it.

I probably looked like a gaffed fish while I was reading that. It was appallingly sloppy practice.

In our introductory labs, when we have students calculate concentrations, we have a little check box in the write-up — they have to get a TA or instructor to sign off on the calculations, and that’s for safe procedures, like adding an indicator dye to a tube of yeast. Every year when I’m grading lab reports, I keep an eye open for egregious errors in concentrations. One year the record was set by someone being off by 31 orders of magnitude.

I know students are easily capable of bone-headed errors in arithmetic that they aren’t experienced enough to notice, and to do it in an experiment in which students are the subjects…no. Just no. Now I’m going to have nightmares.

At least in this case the two poisoned students survived, and the university was fined £400,000. They all got off easy.