Except it doesn’t make coffee. It does everything else important, though.

We got a demo this morning of this fancy new structured illumination microscope from Keyence. It actually looks like this: 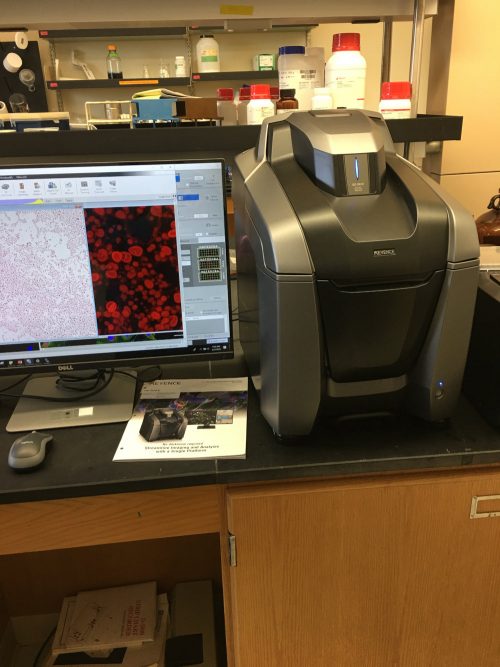 Oooeee, I’ve always wanted a cyborg in my lab. I was impressed. It’s modular and compact and robust, and fully computer controlled. I could see using this in our teaching as well as our research, because you just open it up… 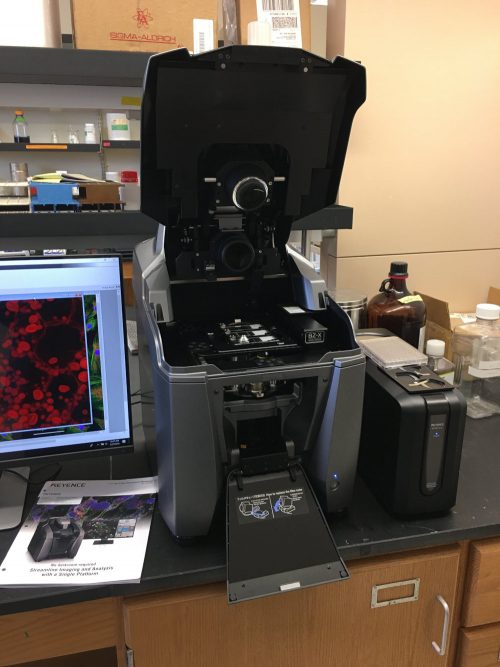 …place your slides or well plates in the chamber, and then close it up and control everything from the keyboard. That removes the anxiety of undergraduates having to tinker with fragile optics and electronics, and makes it feasible to just put this thing on a cart and wheel it to different labs when we need it. And it takes beautiful images, does quantitative microscopy, all the kinds of things we would drool over.

And it’s relatively cheap at $50,000 for the base model. Keyence has adopted the DLC model of revenue, so you buy the core gadget and then additional features at extra cost. That actually makes a lot of sense for a small university like ours, where we could just pick up the minimum we need for our faculty’s focus.

“Just” $50,000. Maybe a little more if we decide that some of those extra features would be nice. Sure. I’m guessing I’m going to be writing an NSF grant proposal soon.

Or…if we just had a sugar daddy/sugar momma who wanted to make a tax-deductible donation to the University of Minnesota Morris, earmarked for biology discipline equipment, it would spare me a fair bit of work. We’ll even get a nice plaque made and bolt it to the side with your name on it. After all, if MIT and Harvard and the University of Toronto can get hundred million dollar donations, surely someone can invest 0.1% of that in an appreciative liberal arts college, right?

We’re not going to let you buy admission for your kid, though.