I’ve had people describe me as a far-left radical, which makes me blush…I’m honestly not that far our there. And I know a lot of university people, they tend not to be extremists. This comment is accurate. 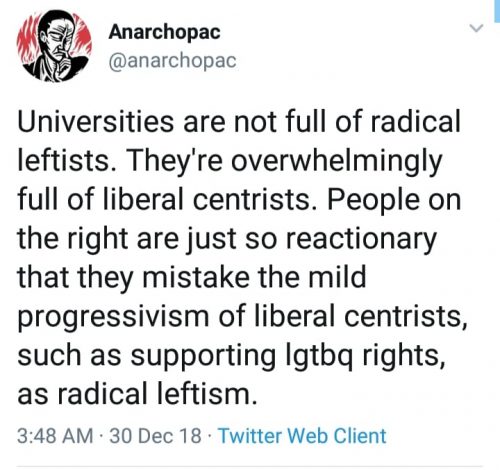 You have to have drunk deeply of the wackaloon-right kool-aid to think university faculties are hot-beds of radicalism. Our students tend to be more pissed off at the system than we are.

Louis CK is attempting a comeback » « The brave little intern