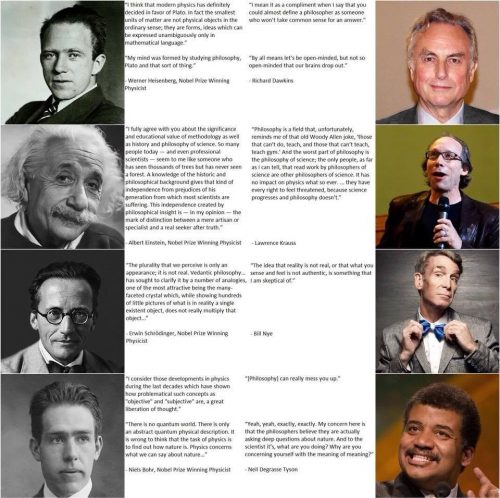 As he points out, this is probably more a difference of timing than Nobelist vs. pop science communicator. A modern university education has had to pare away so much to meet the demands of a population that just wants to get to the point and get a degree and get out and get a job, that a biologist, for instance, can complete a four year program and never once take a philosophy course, take almost no history or language or arts course (we do demand that our students take ONE course in those disciplines), and so you can be a competent scientist with almost no awareness of the breadth of human knowledge.

And then there are right-wing hacks like Jordan Peterson who want to completely abolish the humanities and to worsen the situation even more.