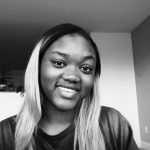 I hated driving in Philadelphia — the drivers there are the worst in my experience. It wasn’t just the vigorous honking and the aggressive tailgating, either, I personally witnessed a driver pull out a pistol and pop off a series of shots at a truck that passed him. Every day that I made that awful commute from King of Prussia to North Philly I was convinced that I was going to die (we got smart and moved to Jenkintown, finally, where I could take mass transit to work, in part because I was pretty sure I was going to have a nervous breakdown).

The story of Bianca Roberson brings back ugly memories. Any place along the highway were you were forced to merge two lanes together was going to provoke some people to fury, needlessly. All I had to worry about generally were the obnoxious drivers who’d flip you off and pound on their horn and drive recklessly to insist that they get to merge ahead of you. Bianca Roberson met a fellow driver who pulled out a gun and shot her in the head.

You need a gun when you go deer hunting, or if you’re going to a range to practice marksmanship. If you happen to have one with you on the way to the gun range or the hunting grounds, it should be unloaded and safely stowed someplace safe, like in the trunk. This is why we need more gun control and a culture of healthy respect for dangerous tools, not strident fanaticism and recklessness like we get from that criminal organization of evil assholes, the NRA. Actually, guns don’t deserve respect, people do…something the NRA and gun-fondlers everywhere do not understand.

The USA is a dangerous place to live or visit. Although, I can at least say I got out of a danger zone and moved to rural Minnesota, where people still have guns, but when you’re on the road you mainly have to worry about the constant expectation that you will wave to everyone.

This is just too meta » « Title: The Triggering of a Snowflake