Sometimes, you just don’t want to know about the lifestyles of the tentacled. 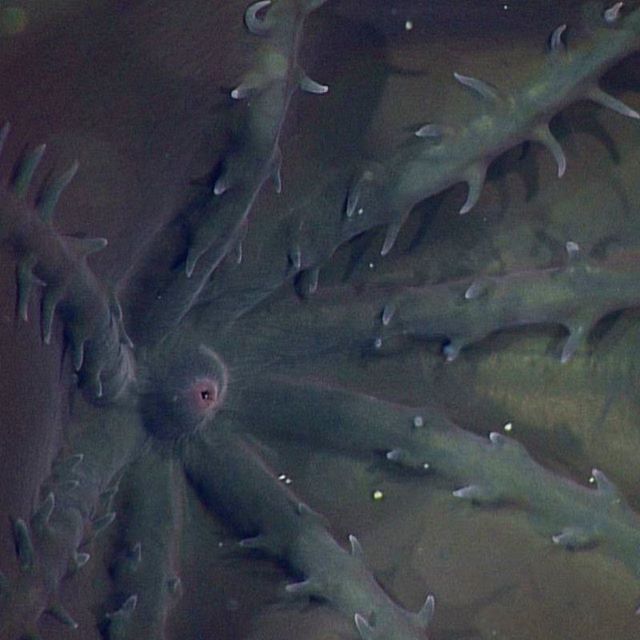 The vampire squid lurks in the eternal midnight of the deep sea and a cloak-like web stretches between its eight arms. When threatened, it turns inside out, exposing rows of finger-like projections, called cirri. Vampire squid eat mostly “marine snow”—a mixture of dead bodies, poop, and snot. The soft cirri help the animal transfer food to its mouth, seen here in the center of the frame.