Using a paleobiology database, here’s a map of all the fossils that have been discovered in the US, of all sorts. 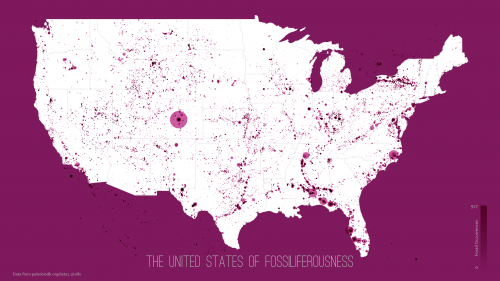 There are some patterns in there. The one that disappoints me, though, is that western Minnesota, where I live, seems to be a great wasteland for fossils.

Rather than playa, how about an icy prairie? » « Finally, something made me laugh today