A Kurdish woman getting away from ISIS discards her black swaddling. 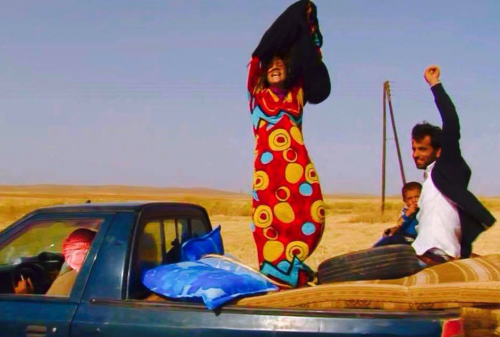