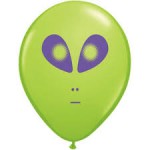 I’m reading a strange paper with an interesting title: The Nature of Inhabited Planets and their Inhabitants. I’m disappointed to say it doesn’t say anything believable about inhabited planets or aliens, but is more of an essay on statistical distributions that uses planets and aliens as a sample exercise. Here’s the abstract:

Earth-like planets are expected to provide the greatest opportunity for the detection of life beyond the Solar System. This notion stems from an assumption that the Earth constitutes a simple random sample amongst inhabited planets. However, in the event that other intelligent species exist, our planet should not be considered a fair sample. Just as a person’s country of origin is a biased sample among countries, so too their planet of origin is a biased sample among planets. The strength of this effect can be substantial: over 98% of the world’s population live in a country larger than the median. Any variable which influences either the population size or birth rate is susceptible to selection bias. In the context of a simple model where the mean population density is invariant to planet size, we infer that an inhabited planet selected at random (such as our nearest neighbour) has a radius r<1.2 r_Earth (95% confidence bound). If the range of habitable radii is sufficiently broad, most inhabited planets are likely to be closer in size to Mars than the Earth. Furthermore, since population density is widely observed to decline with increasing body mass, we conclude that most intelligent species are expected to exceed 300kg. Primitive life-forms are a pre-requisite for advanced life, and so the planets which host them must trace at least the same volume of parameter space. Our conclusions are therefore not restricted to the search for intelligent life, but may be of significance when surveying exoplanets for atmospheric biomarkers.

The interesting point it makes is an attempt to infer the statistical distribution of planetary properties from our limited sample. For instance, that a typical rocky planet is going to be smaller than Earth; therefore, our experience may bias us to think that Earth-sized planets will be the cosmic average, but in reality, we’re more likely to be at the upper end of a distribution. This requires thinking purely statistically, of course, and ignoring other possible constraints, like that smaller planets are less able to hold onto an atmosphere, which might mean that Earth is on the low end of the requirement of rocky planets with an atmosphere.

The author knows this and openly acknowledges that he’s throwing away a lot of parameters. That’s fine in an exercise in statistical analysis, but not so good if you’re actually trying to predict the nature of inhabited planets.

So one conclusion is that the typical planet will be smaller than Earth. Fine, with significant caveats. His second conclusion is that the average intelligent life form will weigh 300kg, and that’s where he loses me. Once again, his calculation hinges on a limited model, reduced to just a few parameters, so he can assess where on the expected distribution our one known data point, the size of humans, falls within the distribution.

Throughout the animal kingdom, species which are physically larger invariably possess a lower population density, possibly due to their enhanced energy demands. As a result, we should expect humans to be physically smaller than most other advanced species. By marginalising over a feasible range of standard deviations, we conclude that most species are expected to exceed 300 kg in body mass. The median body mass is similar to that of a polar bear.

The logic is really unclear here, and the rest of the paper doesn’t help much. Once again, the question is where do humans fall on the expected distribution — are we smaller than we ought to be for an average species, or are we larger? The author comes down on the side of estimating that we’re individually on the small size. Why? I don’t know. He keeps harping on how species at higher trophic levels (think plankton vs whale) are both physically larger and more sparsely distributed, so population density ought to be a correlate of size.

But that makes no sense to me. If density is the proxy we’re using to estimate body size, and density and body size are inversely related, it seems to me that we have a relatively high density for our body size among comparable animals, and therefore we’re on the large end of the highly populated close-packed social animal scale. So by the same reasoning as his estimate of planet size, shouldn’t the average alien be smaller than we are?

And why is he using this simplistic relationship of body size and population size to estimate the properties of intelligent aliens? I’m certain he’s making a lot of simplifying assumptions that are unclear to me, and I’m also burdened with a lot of complicating assumptions as a biologist, so I’m just not seeing this argument at all.

Anyway, that is more a reflection of my difficulties with thinking like a statistician — maybe some of my more math-minded readers can puzzle it out. I’m willing to learn more about this kind of statistical thinking.

But I still have to say that the fact that he’s got to throw away contingency and biological constraints in order to simplify his assumptions enough to make this calculation means that it has no practical utility at all. There is no evidence or biological rationale for arguing that the typical member of an intelligent species is going to weigh 300kg.