They can’t all be right, can they? 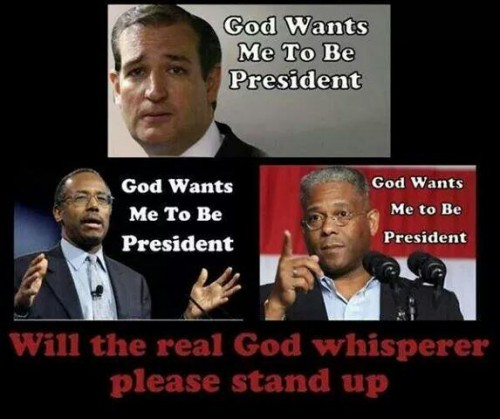 Wait, I got this one…clearly, God wants America to be ruled by a triumvirate. A triumvirate of dumbasses.

A police report! » « How dangerously nuts can the American public be?