Who in their right mind would trust Romney with foreign policy? In last night’s debate, he claimed that Syria was “Iran’s route to the sea”, which is just plain weird.

Making it even weirder, he has made this claim multiple times while campaigning, and has been told many times that it makes no sense, but he’s never bothered to look at a map? 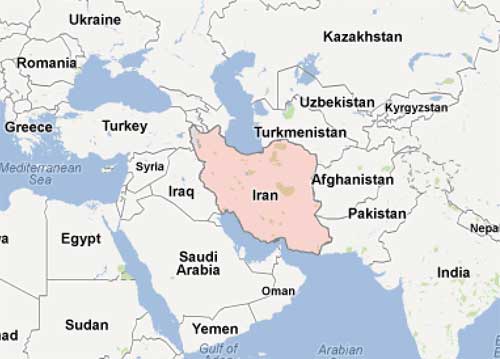 Using MittLogic, Central America better watch out, because Canada is eyeing Mexico as its route to the sea, too.

My worry is that Romney is preaching his garbled version of geography to Americans who are about as ignorant of what a map looks like as he is.