I mentioned Jack Chick in that last article, so I actually looked in on his site. He’s got a new tract! It’s on Global Warming! He doesn’t believe in it. Why? Because it snows sometime, and climate scientists include women and they all believe in pagan gods. Really! Would I lie to you? 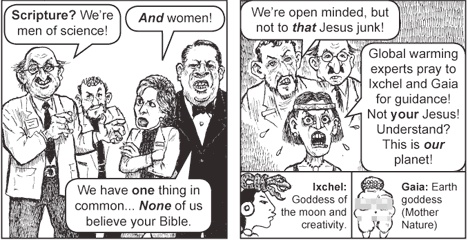 You don’t have to worry about climate change, because Jesus is going to set you on fire and slaughter you with plagues. So there’s no problem. 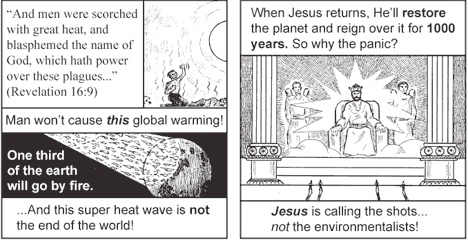