Microsoft released Windows 3.1 on April 6, 1992, thirty years ago today. While Windows 95 was the game changer in terms of stability, functionality, marketing, and signalled the death knell of command line operating systems, it was Windows 3.1 that showed the platform could be taken seriously as a GUI, could host third party software, and was internet capable.

That was its highlight. The other things Microsoft did with Windows 3.1 were regrettable, despicable, and unforgivable. 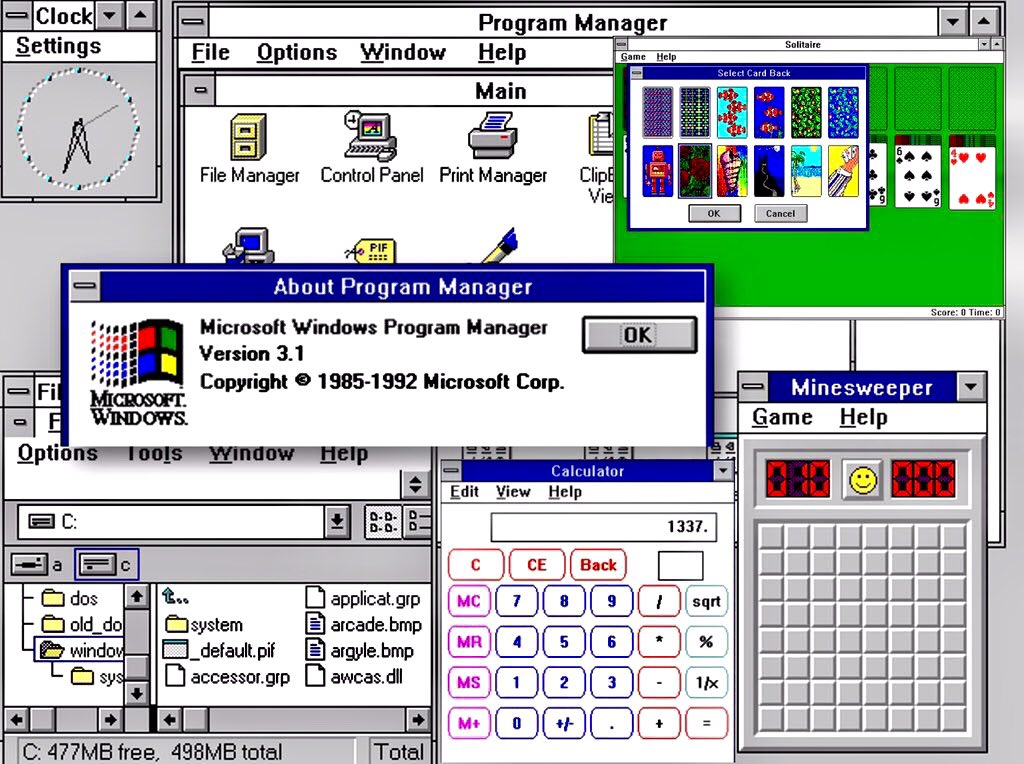 First, Win3.1 started the ever growing feedback loop and arms race of computing.  Windows 3.0 could run on an 8086 computer, but Windows 3.1 ran only on 80286 in protected mode with 1 MB of RAM.  This forced users to buy new machines (what the industry calls “upgrading”) despite the fact their current machines still worked fine.  This led to the vicious and environmentally wasteful cycle:

new computer is able to run a newer operating system

Second, Windows 3.1 is where Microsoft’s unethical and criminal business practices really ramped up. Users of Digital Research’s DR-DOS were able to run Windows 3.0.  However, they could not run Windows 3.1.  This was not any failing of DR-DOS, which was fully capable of doing so.  Rather, it was due to code Microsoft intentionally writing code in Windows 3.1 that detected your version of DOS.  It is referred to as the AARD Code.

If you were running PC-DOS or MS-DOS, Windows 3.1 would start normally.  If Windows detected DR-DOS, it would refuse to start, displaying a false “error message”.  Digital Research tested and found the cause was Microsoft’s anti-competitive practices and filed suit.  However, by the time the case was heard and decided, the damage was done.  The public no longer trusted Digital Research’s products. The company was once a direct competitor of Microsoft (even after the mistake of not signing the deal with IBM that Microsoft did), but from then on it was a company in decline, eventually sold off to other companies.

How bad is Microsoft’s greed? So much so that decades old software which won’t run on modern computers (all their pre-NT operating systems) and would be too insecure or underpowered for today’s users, remains under copyright, not made available freely for collectors of old hardware.

From How To Geek: Windows 3.1 Turns 30: Here’s How It Made Windows Essential

Are there hardcore people still using Windows 3.1?  Yes, and they made a Wordle clone for it.

Ars Technica: If you’re still on Windows 3.1, Windle is the best way to get in on the Wordle craze

And one more pointless piece of trivia:

This One Still Works: The Lynx web browser at 30 » « Credibility Matters: I’ve been waiting for a news source like this