I meant to post yesterday so I could repost Madness’s song, “Tomorrow’s Just Another Day”.

First, something to celebrate today: Happy 75th anniversary to Taiwan and the signing of its consitution, which became law on January 1, 1947.

Second, links to some of my posts from the last two years:

2019: Today, I Work: Real things to celebrate on December 25th which includes a list of people’s birthdays, one of whom I’ll highlight elsewhere.

Last year, I wrote “Now They Know: And they don’t like it“, a semi-mocking post about captive audiences, and how the religious were experiencing what atheists and LGBTQIA people suffer through every December, trapped with “family” and nowhere to go.

In most years when I say “nobody owns December” and “I don’t do xmas”, some people get testy and say I’m “ruining other people’s fun”.  This year, such things have been noticeably absent.  Are they getting it now, after two years of being locked in and unable to travel?  “Hell is other people,” as Jean-Paul Sartre wisely noted.

I have to wonder how it will be if “things go back to normal”.  I’m betting that for the first year, everyone will travel like they used to.  Then in the second year, they’ll realize how much they hate the travel, the stress, the expense, the guilt trips, etc. and stop doing it.  As seen recently, Ireland’s catholic cult is in crisis, with revenues down as much as 80%.  After the lockdowns ended and people could start attending church again, they didn’t.  They probably enjoyed the free time, the lack of guilt, the absense of hypocrisy, and saving money.

Now for some fun.

Damn.  Someone has exposed our war on xmas. 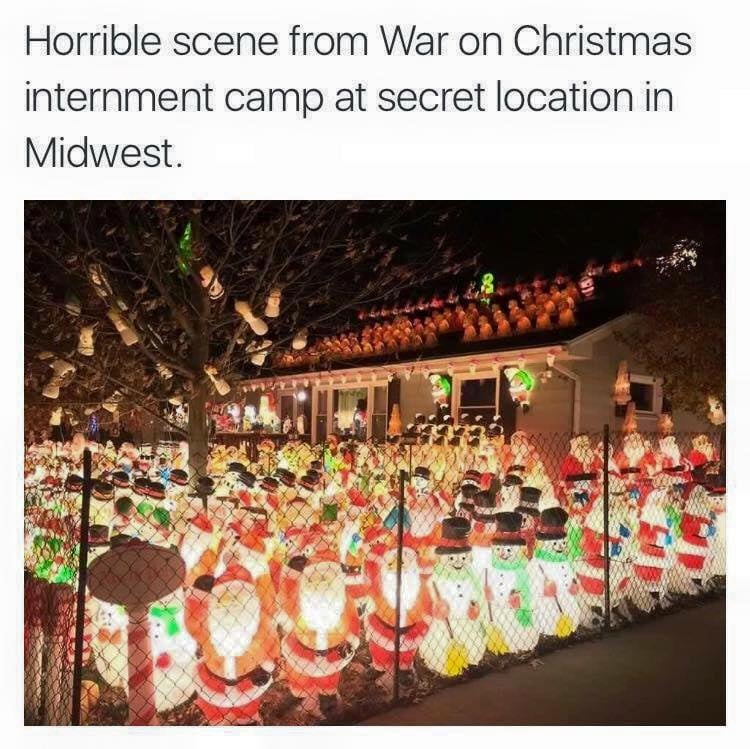 There are more amusing pics below the fold.

I’m in a few Goth groups, and the have been a lot of “Goths with santa” pics.  And in all of them, both the Goths and santa are smiling. 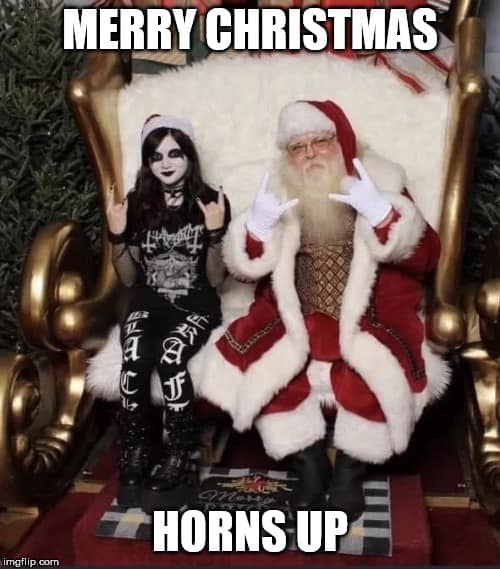 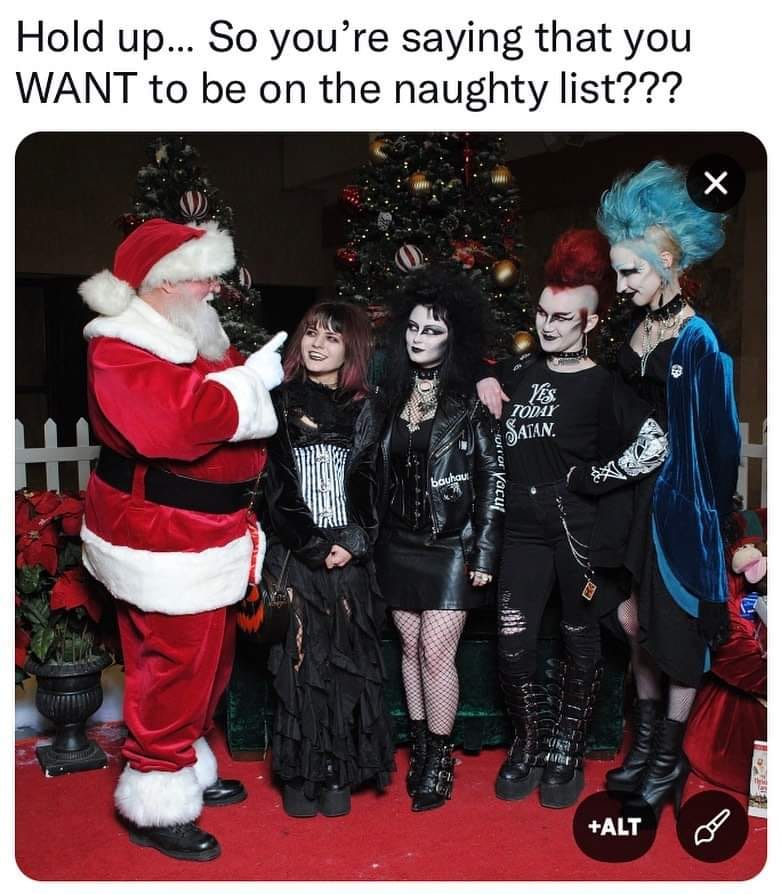 It’s hard to walk the line between having fun by thumbing my nose and ticking off friends. 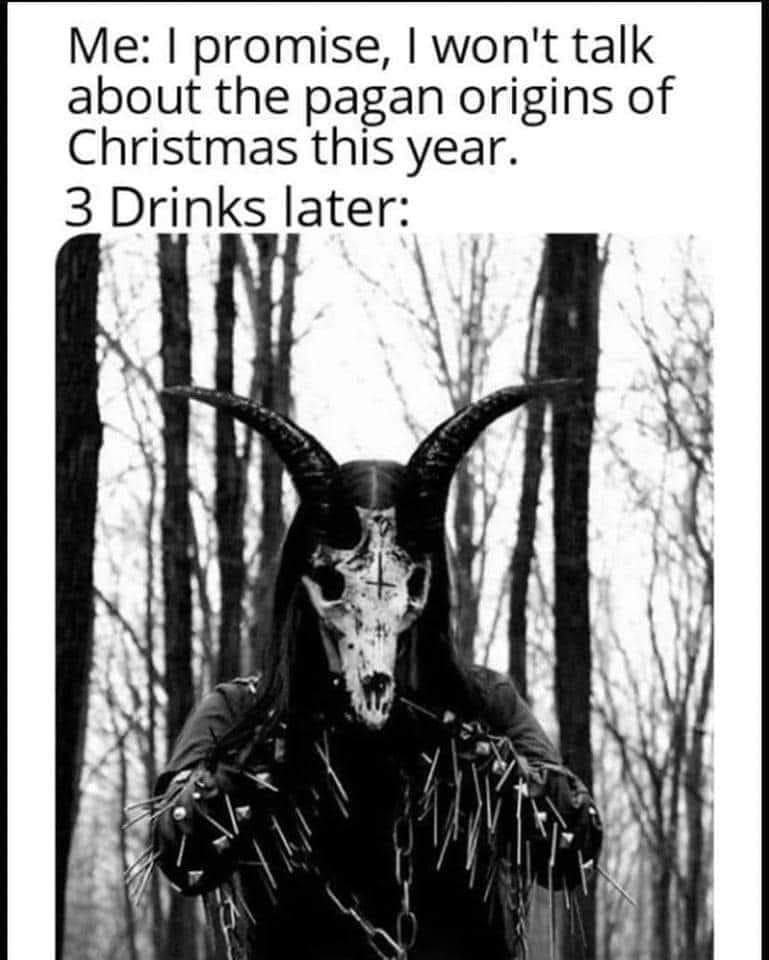 Run, run, all of you sheeple!

You can’t catch us, were the Gingerbread people! 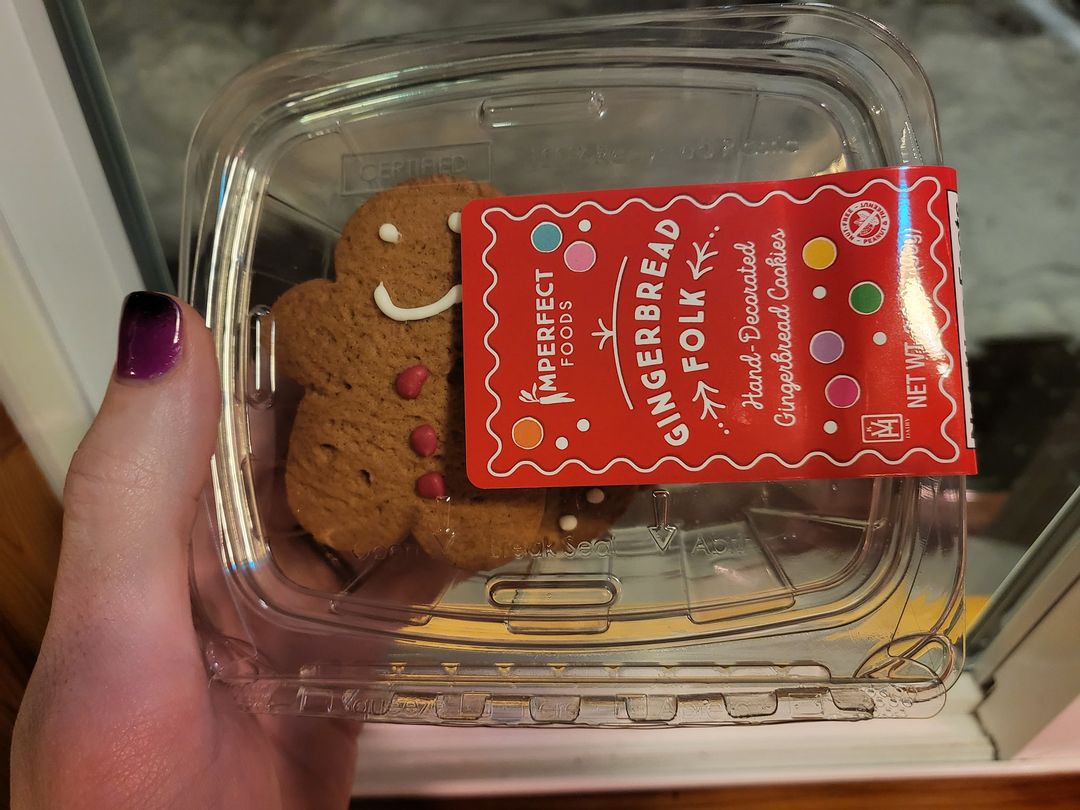 How every person who appreciates music feels about that damned song. 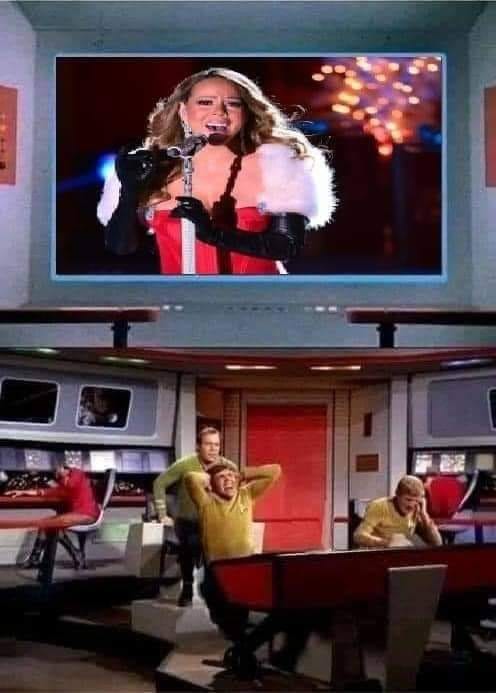 December 13th was nearly two weeks ago, but it’s never too late to celebrate the sentiment.

Pigs in blankets.  Of snow. 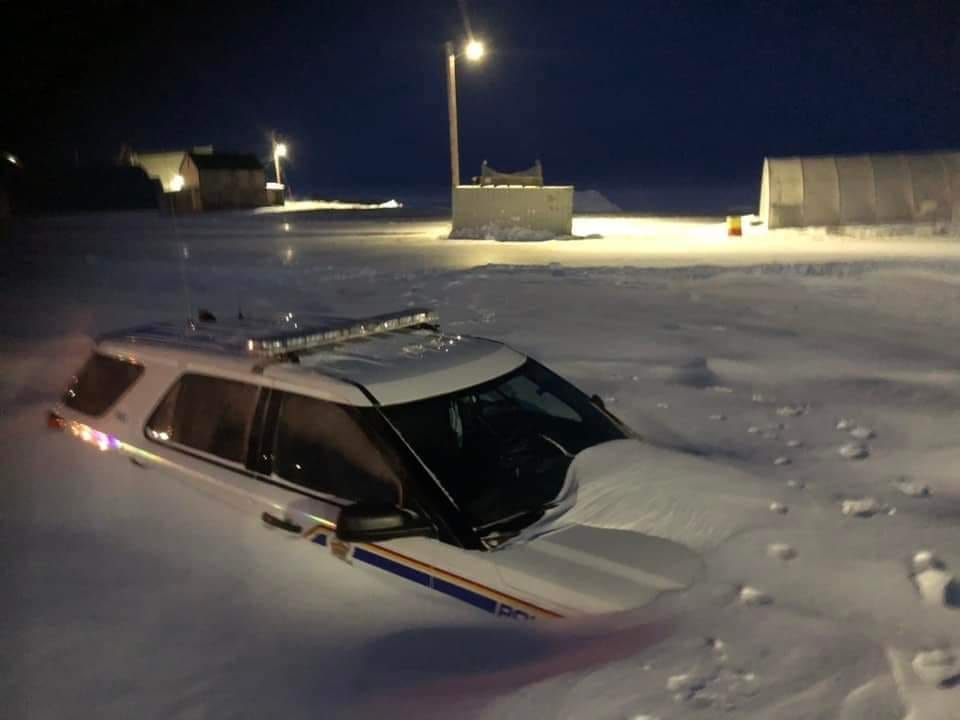 This is about as close as I’m willing to decorate. 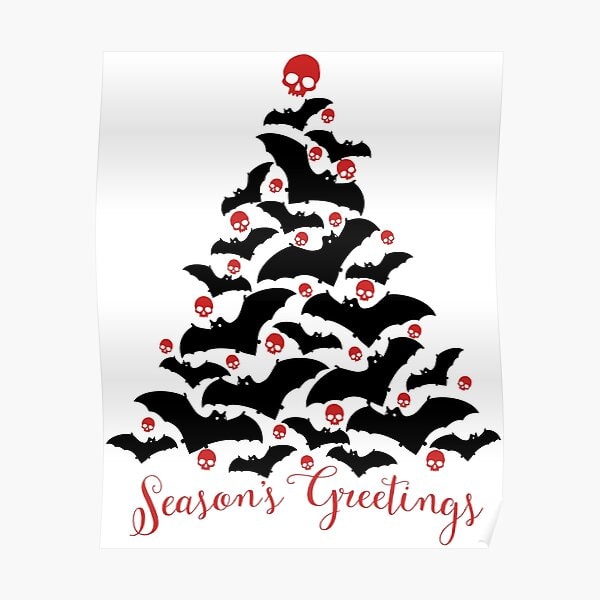 A Life Well Lived: Happy 200th, Clara Barton » « Fools And Their Money Are Soon Departed: The ignorant will buy anything