On July 3, 2011, motorcyclists in New York state partook in a “protest” against helmet laws, arguing for “freedumb”.  One of them was Philip Contos, 55 years old at the time of his death.

During the ride, Contos lost control and was thrown from his motorcycle.  His head hit the ground, causing a fatal brain injury.  The doctors and state troopers both said that Contos likely would have survived had he been wearing a helmet.

July 4, 2011— — A New York man died Sunday while participating in a ride with 550 other motorcyclists to protest the state’s mandatory helmet law.

Police said Philip A. Contos, 55, hit his brakes and his motorcycle fishtailed. Contos was sent over the handlebars of his 1983 Harley Davidson and hit his head on the pavement.

He was pronounced dead at the hospital.

“The medical expert we discussed the case with who pronounced him deceased stated that he would’ve no doubt survived the accident had he been wearing a helmet,” state Trooper Jack Keller told ABC News 9 inSyracuse.

The ride Sunday was organized by American Bikers Aimed Toward Education, known as ABATE, a group of motorcycling enthusiasts who lobby for motorcycle awareness and freedom.

“Mandatory helmet laws do nothing to prevent accidents,” it says on the ABATE of New York website. “The decision on when to wear a helmet while operating a motorcycle should remain with each responsible adult rider.”

As the old saying goes, it’s not the fall that kills you, it’s the sudden stop at the end.  I’ll agree with ABATE in that helmets and other safety devices don’t prevent motor vehicle accidents, but they do make it more likely you’ll survive.  I won’t get into a car that doesn’t have working belts, like some of the taxis here.

When I was 19 while riding a bicycle to work, I was hit on the side by an inattentive driver.   She was focused on her kids fighting in the back seat and not what was around her as she pulled out from the curb.

When I fell, sans casque, the front right of my head hit the asphalt.  The edge of my right glasses lens cut open my right eyebrow so deep that the bone was visible.  The lens cracked, not shattered, and I was extremely lucky that my only permanent loss was the right third of my eyebrow, and not my vision.

I’ve always worn helmets since, no matter how short the ride.  I was especially grateful for one after being hit by a car in South Korea when a driver ran a red light.  I suffered a broken collarbone after I flew several metres, but no head injury.  The helmet had a huge crack along its length, doing its job.  It was worth every penny, or should I say, won. 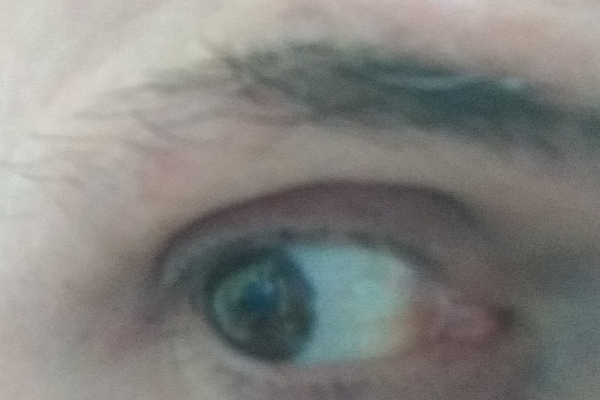 Protesting motorcycle helmet laws, an Onondaga, NY man was participating in a bare-noggin protest ride when he was killed via flipping over the handlebars. The motorcycle accident injured the noggin of Mr. Contos, 55, fatally damaging a brain that was unable to determine the physics of the situation. Moreover, he’d do it again if he could, according to his elder brother. “He would have wanted it that way.”Certain laws have physics on their side, obviously, and the laws say one’s body cannot walk away from a high-speed physical impact. Laws not subject to repeal. Unprotected–you squash like a bug. Protected–you eat squash for dinner.

Since properly padded and protected men can walk away from a 90-mph crash, protection is prudent when you increase {mass x speed} above a critical threshhold.

Prudent, but sould protection be mandatory? Robert Frost says, “I hold it to be the inalienable right of anybody to go to hell in his own way.”

Police said Phil “hit his brakes, fishtailed and went out of control, flipping him over the handlebars.” What we, the Darwin Awards committee, would like to know–and news reports don’t explain–is just how he went over the handlebars?

Flipped over the handlebars?  It’s called a “high side”.  The rear tire loses grip, the rider instinctively lets off the throttle or gravity takes over (because the rear tire is no longer accelerating the bike).  As the bike slows, the rear tire regains traction and ‘snaps’ as it bites the road, throwing the rider up and forward much the same way a rodeo bull does when kicking out its rear legs.

MotoGP rider Marc Marquez suffered a high side at the Dutch Grand Prix last week.  If you think that was horrendous, it’s not the worst high side I’ve ever seen broadcast on TV.  Nor is Luca Marini’s high side at the French Grand Prix during the 2020 MotoGP season.  The worst was Valentino Rossi being tossed at least five metres vertically.  It’s one of those images and injuries you want to unsee, so don’t look for it.

Racism On Display Again: Marijuana is only for white people » « And To No Surprise: More backlash against the catholic cult