Leelah Alcorn (November 15, 1997 – December 28, 2014) was a Transgender teen girl from Ohio who had the misfortune of having fanatical fundamentalist christian parents.  She came out to them as Transgender, but soon after they made their intent clear: they were going to subject her to the abuse and torture of “reparative therapy”.  In despair, Leelah wrote a suicide note, and later walked into the path of a tractor trailer, killed instantly.

In the days before her death, her “parents” took her out of school, deleted her facebook account, took away her cell phone and all means of communicating with her friends. Her friends loved and accepted Leelah for who she was.

I don’t give a damn that the “official cause of death” was suicide.  Leelah’s parents hate and religion murdered her. 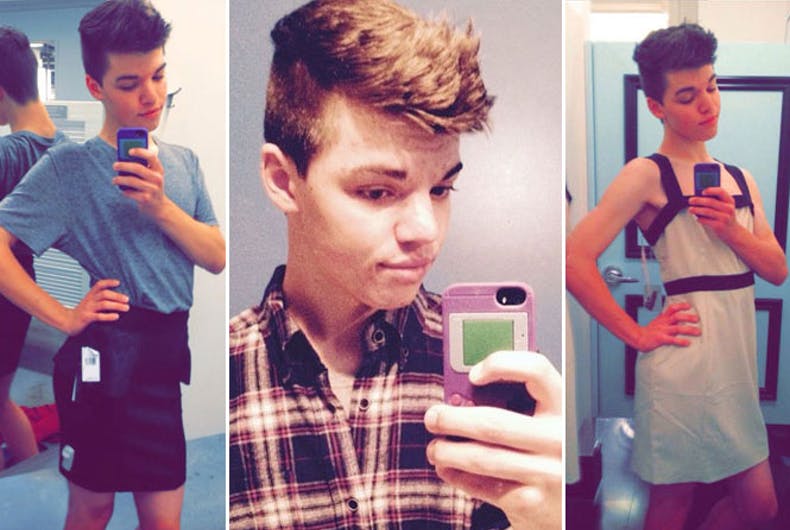 The only way I will rest in peace is if one day transgender people aren’t treated the way I was, they’re treated like humans, with valid feelings and human rights.  Gender needs to be taught about in schools, the earlier the better.  My death needs to mean something.  My death need to be counted in the number of transgender people who commit suicide this year.  I want someone to look at that number and say “that’s fucked up” and fix it.  Fix society.  Please.

Reportedly, the “parents” found the suicide note and made no attempt to find Leelah or save her life.  All they cared about was themselves.  They inflicted a final indignity on Leelah at her funeral, refusing to recognize her gender and deadnaming her both at the funeral and her grave.

I hope her death eats at them for the rest of their miserable lives. 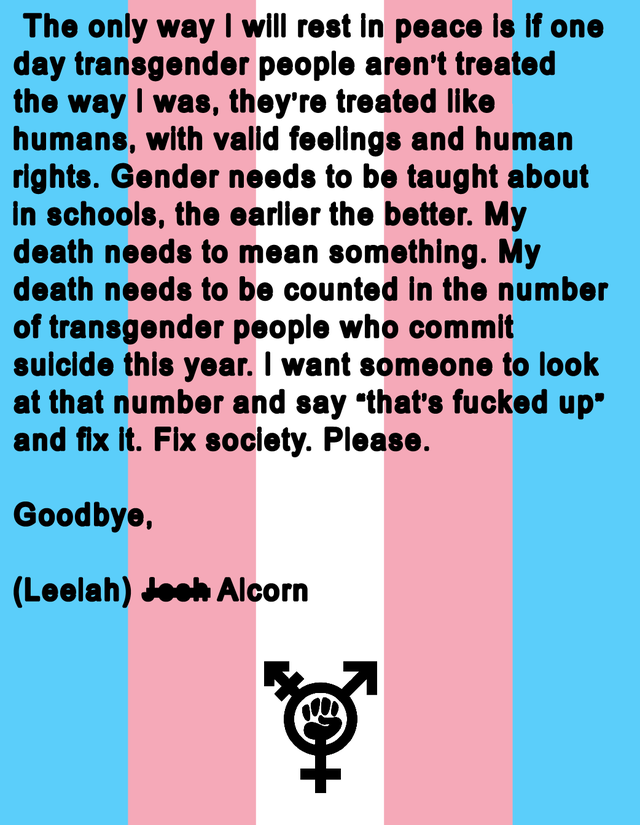 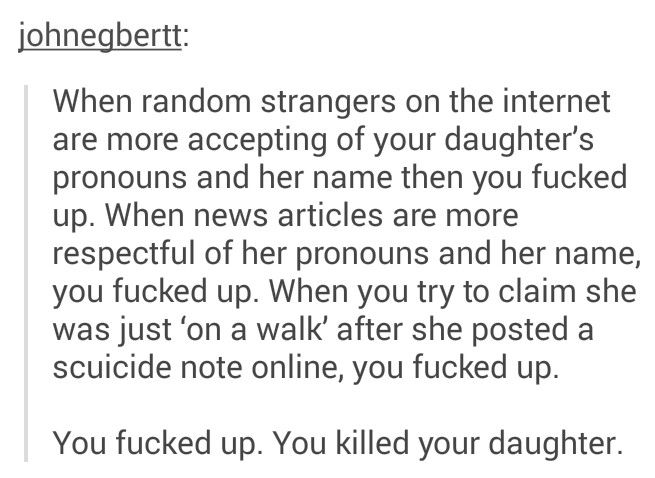 Here are statistics from the Human Rights Campaign:

Harrowing statistics from a study recently published by the American Academy of Pediatrics revealed alarming levels of attempted suicide among transgender youth — with the highest rates among transgender boys and non-binary youth. The findings emphasize the urgency of building welcoming and safe communities for LGBTQ young people, particularly for transgender youth.

Many transgender young people experience family rejection, bullying and harassment, or feel unsafe for simply being who they are – all of which can be added risk factors for suicide. Earlier this year, HRC released its 2018 LGBTQ Youth Report, which detailed similarly alarming experiences — but also significant perseverance among LGBTQ young people in the face of daunting challenges. 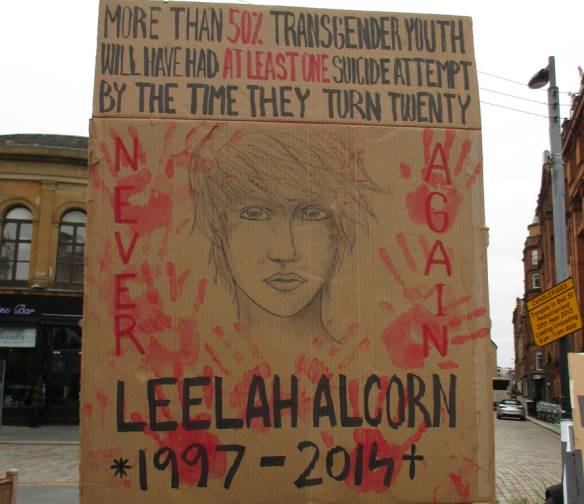 The text in the artwork: 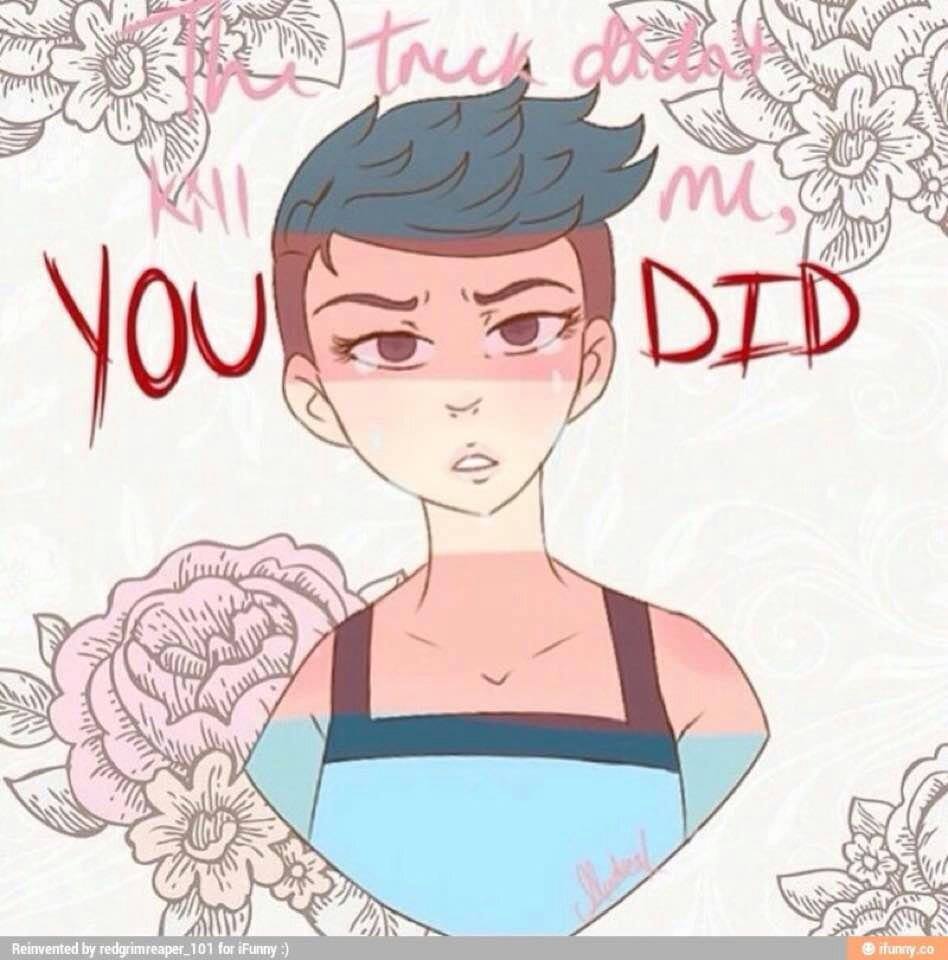 Finally, a piece of fanart that I really enjoy. 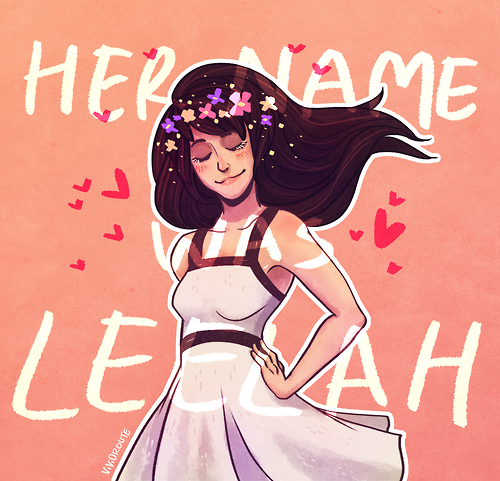