I have a few thoughts on recent happenings on the CW, like, CBS/Warner Television, not Content Warning, though usually my reviews include some of those.  I just don’t have the time to do it up like I used to in Media Reviews, so this is going to be real brief.

Legends of Tomorrow:  Has been renewed, will have its new season sometime this year.  I feel like it should have ended in 2020.  Of the CW slate getting crippled by COVID, they did the best job of having a satisfying season.  In fact,  I feel it was their best season ever, and ended with a cliffhanger one could easily write off without ever seeing the conclusion to (something out of a Big Lebowski daydream).  I have a lot more specific thoughts about Legends if anyone’s curious in the comments, but I’ll leave it off with this for the post: It’s nice the remaining cast members have a job, but artistically speaking last season should have been the end of it.  I’ll be very impressed if the show proves me wrong.

Black Lightning and Supergirl are cancelled:  But they have one more season left, here in 2021.  Black Lightning in 2020 had the second best season of the CW shows I watched, and had far and away the best “Crisis on Infinite Earths” tie-in episode.  Actually, if you take superheroes seriously, it was far better than Legends.  I don’t, so I preferred the lighthearted show.  But the drama and intrigue of superhumans on Black Lightning?  Better than anything on the CW slate.  Plus whoever did fashion design for the show should get more gigs in a hurry – they’re great.  2021 will see an episode of BL serving as a “soft pilot” for a Painkiller spinoff series.  I doubt it will get picked up, but the guy playing Khalil is a very worthy action hero.  He’s hella built, has sick moves, and is a good actor.  I hope he gets movies.  Everyone else is great too, honestly, from “ABC After-school Special” Mom to “Jean Grey with Self Esteem” daughter.  Good luck in your careers.

Meanwhile Supergirl was one of the shows hard hit by COVID (Flash and Arrow were the worst).  Did they finish their plot arc last season?  I don’t even remember by now.  The X-Files’s Mitch “Sexy Bald Daddy Type” Pileggi and Cara “Appears in IMDb on a Movie with Yours Truly Great American Satan” Buono were going to exterminate humanity or something?  Jesse Rath, who plays Brainiac on the show, has done some great work there.  Again, I hope he gets some good jobs after the show is gone.

As for the rest of the show, really, everybody did as good a job as they could, given how cutthroat and difficult TV is, and I’m sorry to see them shitcanned.  In the awkward lurching foolery of the show you could sense behind-the-scenes problems were on display.  It’s especially a shame that Superman is coming to the CW exactly as Supergirl is cancelled, sending the message that “nobody wants woman-centered entertainment, men sell.”  C’est lavie.

The show was ridiculous, but they tried.  Katie McGrath was Queen of the World as Lena Luthor, but in movies she’s just a babysitter that gets triple-murdered by dinosaurs.  It’s a fuckin’ shame.  Supergirl’s human sister played by Chyler Leigh was a fun character for me.  She drinks embarrassing quantities of wine and lesbian processes like a big dog. 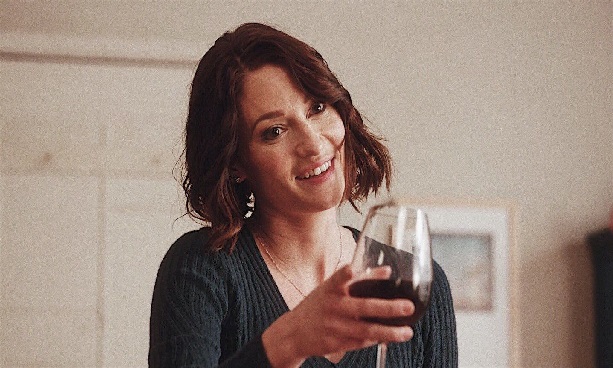 Goodbye, ladies.  It really was nice knowing you.

Spoiler Warning  for Something that aired a Year Ago, who cares?

Stephen Amell’s sendoff in Arrow was fucking hilarious.  He was fighting a bunch of 1-HP ghosts until they “got him” somehow, leaving him with barbecue sauce on his face and just enough life to say goodbye to all his homies.  Then he was undead for a minute and went to heaven with his wife.  The end.  He did a good job on that show, but TV is a mess.  As show creators, unless you know for a fact you have a set limited run, you’re just incredibly unlikely to make a satisfying story arc for a series.  Meanwhile Flash just literally could not finish their season at all.  Big mess.

There’s artistic intentions in these shows, but they are quickly lost in the business of making them happen.  But effort is made, and I do enjoy watching the little successes and failures of individual episodes and seasons.  I feel this is a case of “no ethical consumption under late capitalism” because you know these actors are paid shit and thrown away at a moment’s notice, and 99% of people on the other side of the camera are even more disposable and exploited.  All entertainment industries are rotten as hell.

The good news:  You want content that centers indigenous people?  You miss Cleverman?  I don’t know if it’s being aired on CW or just on their streaming service, but there’s a Canadian show called Trickster that’s looking pretty good two episodes in.  (Actually the whole first season is probably available from the Canadian source in some way.)  My fave character is the MC’s mom played by Crystle Lightning.  She’s an adorable fucked up badass.  I also like the show’s treatment of alcoholism and drug use as just part of everyday life, sad but inevitable.  It doesn’t waste time with all the usual shit and feels more like real life, if maybe a bit fantastic in some ways.  I don’t know how y’all feel about shows playing with the line between being schizophrenic and being a shaman, so tread carefully if that’s a problem for you.

Also, BATWOMAN.  If you’re up on superhero TV, this is probably the one you were wondering about.  The premiere season was OK, had some plus and minus.  The constrained cast and generally depauperate universe gave the impression of a very limited budget, the show has the same fashy ideas about crime control that Arrow had, but…  The actress playing Batwoman literally quit!  The villains and side characters and story were all tied to her, they’d have to recast or cancel, right?  Maybe make some excuse why her face is different, like surgery from getting blown up?

No!  They decided to let the character get mysteriously disappeared and have a new lady take up the batmantle.  The decision seems absurd and you’ve probably seen people hating on it, but one episode in, I can say – it’s looking good!  She’s good.  Particularly if you feel the sting of Black Lightning’s black lesbian superhero being lost to cancellation, pick this one up.  I have no doubt she’s going to do this well.  She jokes, she brawls, she has her dramatic feels.  I’ll be interested to see how she does when she has a chance to do romance.

That’s about all for now.  Not as brief as I expected, but far from a comprehensive look at the shows themselves or my full thoughts on them.  Discuss in the comments, if you like or have questions.

What About Pillowfort? » « Paymon – Gotta Catch ’em All