Damn. Twitter is full of photos of the three murdered students and they’re heartbreaking. They looked so happy… 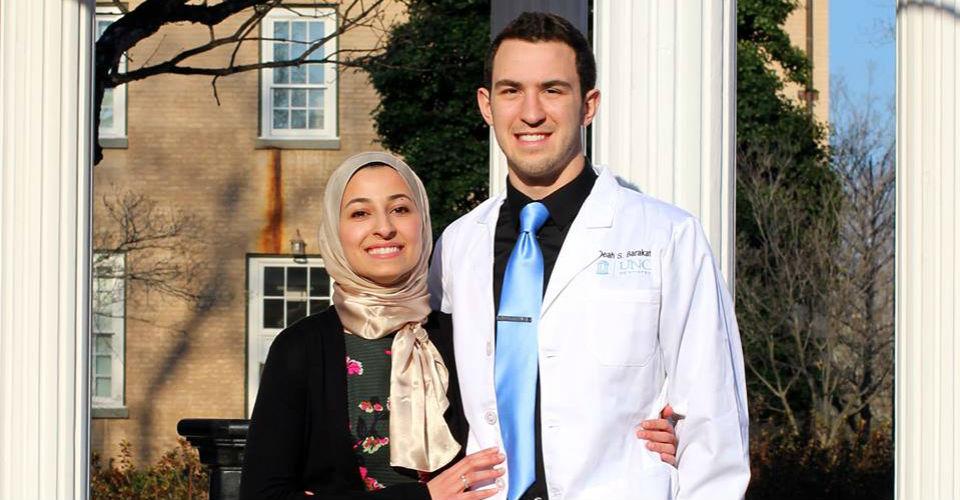 There’s also a Facebook for them set up by their families.

Yusor dancing with her father at her wedding. Her wedding was a little more than a month ago.

May Allah have mercy on the bride and groom in paradise.

She would like to dispel the rumors » « Who your friends are