It’s been a busy day. I’m hoping to help make something happen.

Meanwhile, I got an email from an acquaintance who believes every bit of Republican propaganda he ever hears or reads, no matter how outlandish it may be.

This is today’s consignment of Republican shameless bullshit: 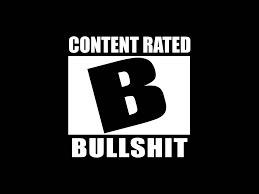 The word “Dhimmitude” is found in the new health care bill; so what does it mean?

Thought this was interesting and worth passing on.

Dhimmitude — I had never heard the word until now. I typed it into Google and started reading. Pretty interesting. It’s on page 107 of the healthcare bill. I looked this up on Google and yep, it exists. It is a REAL word.

Dhimmitude is the Muslim system of controlling non-Muslim populations conquered through jihad (Holy War). Specifically, it is the TAXING of non-Muslims in exchange for tolerating their presence AND as a coercive means of converting conquered remnants to Islam.

ObamaCare allows the establishment of Dhimmitude and Sharia Muslim diktat in the United States .
Muslims are specifically exempted from the government
mandate to purchase insurance, and also from the penalty
tax for being uninsured. Islam considers insurance to be
“gambling”, “risk-taking”, and “usury” and is thus banned.
Muslims are specifically granted exemption based on
this.
How convenient. So I, as a Christian, will have crippling IRS liens placed against all of my assets, including real estate, cattle, and even accounts receivable, and will face hard prison time because I refuse to buy insurance or pay the penalty tax.
Meanwhile, Louis Farrakhan (the Muslim) will have no such penalty and will have 100% of his health insurance needs paid for by the de facto government insurance.Non-Muslims will be paying a tax to subsidize Muslims. This is Dhimmitude.