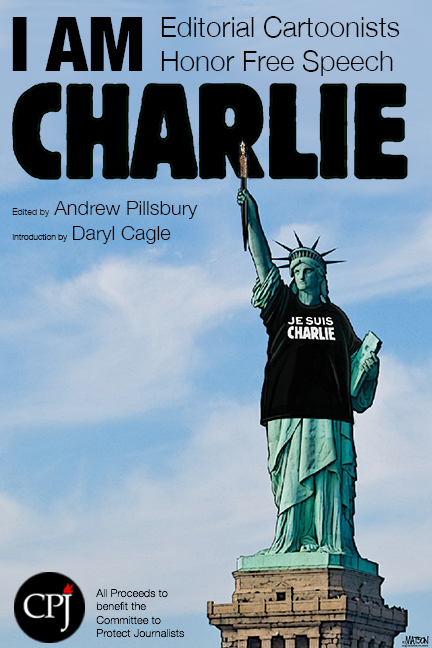 In a poignant and powerful response to the horrific attacks on their colleagues in Paris, the world’s top cartoonists have teamed up to produce I am Charlie, a book featuring the top Charlie Hebdo cartoons published around the globe.

All proceeds will go to The Committee to Protect Journalists, the worldwide organization devoted to promoting freedom of the press.

The book, features 86 Charlie Hebdo editorial cartoons created by artists in Europe, the Middle East, The Americas, Australia, and Asia.

The book features an introduction from Daryl Cagle, cartoonist and founder of the leading editorial cartoon site politicalcartoons.com. The book is edited and published by Andrew Pillsbury, former head of business development at The New Yorker Magazine’s cartoon division.

You want cartoons? We got cartoons » « He’s a genius, she’s abrasive