Last Friday he endured the first round of lashes — 50 strikes on the back of his body by a long, hard cane — in a public flogging held in the city of Jiddah. This Friday, he will reportedly be subjected to a second round of 50 lashes.

“Raif told me he is in a lot of pain after his flogging, his health is poor and I’m certain he will not be able to cope with another round of lashes,” Badawi’s wife, Ensaf Haider, told Amnesty International.

Human rights groups have condemned Saudi Arabia — which has a history of brutally quashing free speech — for its treatment of Badawi and have called for his immediate release.

“It is horrifying to think that such a vicious and cruel punishment should be imposed on someone who is guilty of nothing more than daring to create a public forum for discussion and peacefully exercising the right to freedom of expression,” said Philip Luther, director of Amnesty International Middle East and North Africa, per CNN. 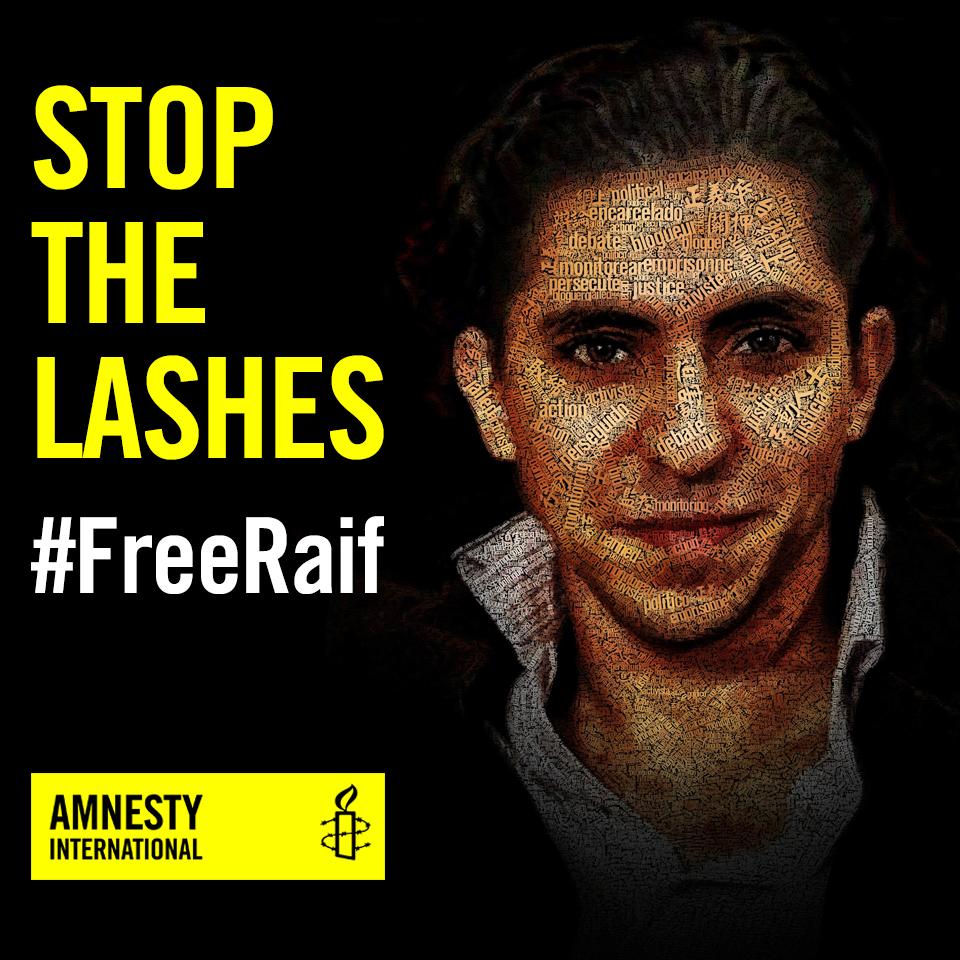 The U.S. State Department has called for Saudi Arabia to “review Badawi’s case” and stop its “inhumane” punishment.

Badawi’s wife told Amnesty International that “international pressure” will be crucial in the fight to save her husband.

“I believe if we keep up the support it will eventually pay off. We must keep on fighting,” she told the rights group.

The god of the Saudis is a god of evil.