Is police work the most dangerous job you can do?

No. You know what is? Construction. 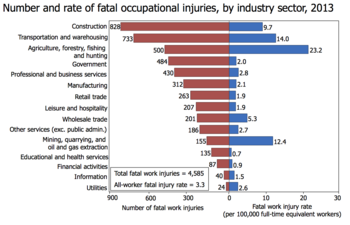 Construction workers are far more at risk than cops are. Maek you think.

Flip the terms » « Questions and Answers on Taking Captives and Slaves