Comment is Free has a supremely stupid piece saying that it ought to be fine to make “a direct, unambiguous sexual advance” to a total stranger, and it’s a terrible thing that this pesky feminism shit is saying otherwise.

David Foster, the author of the supremely stupid piece, is worried that the Everyday Sexism project is making the world unfriendly for people who want to make direct sexual advances to strangers.

The campaign against everyday sexism has shown that a deeply unpleasant vein of misogyny still runs through our society. But in highlighting the antisocial, misguided behaviour of some unreconstructed individuals, it is important to be aware that such behaviour is not representative of most men’s attitudes. More worryingly, from the perspective of a progressive sexual politics there is a danger that the campaign is promulgating a view that any direct sexual advance is tantamount to harassment. If directly propositioning somebody for sex is automatically condemned as misogynist, as the campaign appears to assert, then the movement risks being highly counterproductive to the feminist cause and playing into the hands of the sexually repressive, patriarchal ideology that feminism strives to counter.

One of the ways the piece is supremely stupid is that he doesn’t spell out what he means by “directly propositioning somebody for sex” until near the end. That’s supremely stupid because it makes a difference, obviously. Who is “somebody”? Is it somebody you’ve been flirting with for an hour? Or is it somebody approaching you on the sidewalk, whom you’ve never seen before? It makes a difference. Toward the end he clarifies that he means the second. He’s speaking up for the endangered right to ask a stranger for sex.

Most of the behaviour reported to Laura Bates’s Everyday Sexism project does indeed sound reprehensible, but by lumping together sexual assaults and genuinely threatening behaviour with casual propositions, the campaign risks conflating deplorable and even criminal acts with sexually liberated expression. More to the point, there is a risk of comparing offensive and clumsy sexual remarks with respectful, courteous sexual advances.

A respectful, courteous sexual advance from a complete stranger in a public place is an oxymoron. Going up to a woman you don’t know and asking her very nicely if she wants to fuck you is not respectful and courteous.

Foster draws the line in the wrong place. It’s not sexual assault and genuinely threatening behaviour on the one hand and all courteous, respectful, direct, unambiguous sexual advances on the other. That’s not where the line goes. Yes, I understand why a lot of men would like it to, but the whole issue here is the notion that their desire to make direct sexual advances whenever they want to should not trump other people’s desire not to be the object of direct sexual advances at all times and places.

Feminists quite rightly espouse that both women and men should have the right to pursue sexual pleasure purely for its own sake, outside of a monogamous relationship, and independent of the patriarchal strictures of consumer capitalism. As such, there is nothing inherently sexist, or threatening or harassing, about making a direct, unambiguous sexual advance to another person. We are conditioned to find such propositions taboo because an expression of straightforward, unencumbered desire transgresses prevailing ideology.

Again – that’s true in the right context and circumstances. It’s not true in the context David Foster has in mind but doesn’t spell out until nearly the end of the piece. He occludes what he means by “another person” until after he’s done all this self-righteous generalizing. Cheap trick.

Sexual gratification pursued for its own sake is an activity that need take little or no account of such concerns, and so behaviour that might give rise to such pleasure is thereby tabooed. This is why, despite our natural instincts towards seeking sexual pleasure, direct sexual advances remain extremely uncommon and why such an approach should not be condemned as harassment, but on the contrary should be recognised as a liberated approach to sexual etiquette and thus be welcomed by feminists, sexual progressives and anti-capitalists alike.

No, that is not why, you dolt. Think of it this way. Would you like it if strangers kept approaching you to ask you to make dinner for the two of you? Or go to a concert with them? Or fly with them to Disney World?

Maybe you would, but I doubt it. Lots of things are fun to do with friends and intimates that are nevertheless not things you want strangers asking you to do. And that’s without even getting into the intimidation and threat aspect. (I can tell you, spending time in a place where you really are subject to constant relentless direct sexual advances is massively intimidating. It’s not oh lalalala freedom joy liberation hooray, it’s a hell of unfreedom and feeling pursued and under pressure. It’s feeling like a person who has no right to be left alone – like an object, an underling, a captive, a hunted animal. It’s vile.)

The behavioural codes of contemporary society already make it extremely difficult for both men and women to approach strangers with a view towards making sexual advances. This should be a source of regret to us all. There is no shame in feeling and expressing sexual attraction, and we should be promoting conditions that give rise to as much mutual sexual pleasure as possible. After all, it’s one of the greatest pleasures life offers. And it’s free! Of course, this very freedom exemplifies why unencumbered sexual pleasure presents such a problem for those who would support the sexually repressive ideologies that still prevail today.

The supreme stupidity is just too much at this point. That’s the bit where he finally reveals that he is indeed talking about abrupt sexual advances from strangers, and where he betrays that he has all the empathy of a sofa cushion. It’s apparently never even crossed his mind that a lot of people just don’t want to be accosted by strangers at all, let alone with a request to fuck.

We can all agree that aggressive, lewd behaviour is deplorable. But what lies behind some of the crude and boorish conduct catalogued by the Everyday Sexism project is repressed sexuality. It is only by becoming more sexually liberated that those energies might come to be expressed in a respectful way. To promote the outright condemnation of any and all direct sexual propositions* would be a disastrously regressive step for the feminist movement. It is a clear indication of how much ground the left has ceded in recent decades that any of this needs restating at all. Whatever happened to the sexual revolution? 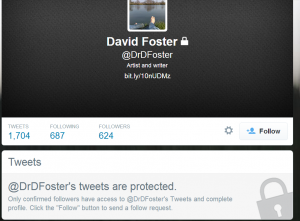 Brandeis! You’re on the naughty stool » « A virtue