Another vile Facebook page that gets reported only for Facebook to reply that the page doesn’t violate community standards. Oh really? Despite the graphic photographs of mob violence?

Trigger warning, because of the graphic photographs.

The page is Uganda Youth Coalition Against Homosexuality.

It may be just one twisted person, spewing frothing worked-up hatred by the truckload, but it still doesn’t belong on Facebook. 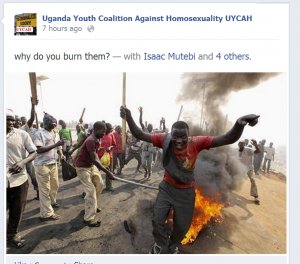 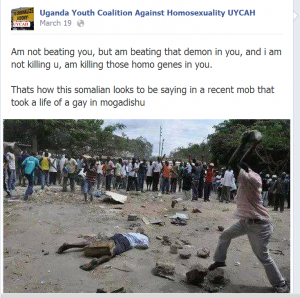 Not all the fatalities are on construction sites » « You cheated, you lied