What is that hilarious hashtag? #vaculamustdenounce

Geddit? It’s a hilarious joke about Dave Silverman’s effort to get Vacula to say that harassment is bad. Yeah what could be funnier than that? 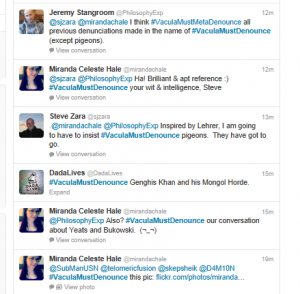 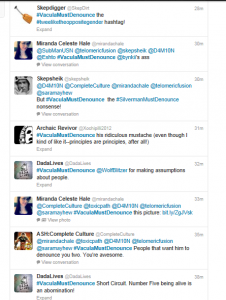 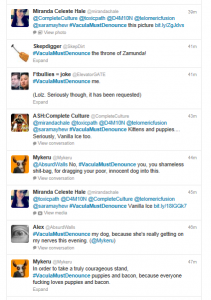 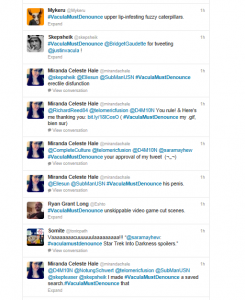 That’s only a sample of what was posted over the space of an hour or so. Busy!

Update to add a few more, because they’re so funny. 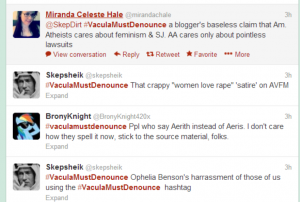 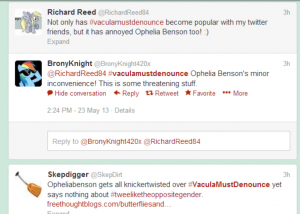 The one about American Atheists is especially weird. Woooooo; welcome to another dimension, a dimension not only of sight and sound but of mind.