Gee I don’t know why you’re always making such a fuss about all this stalking and hate-mongering. 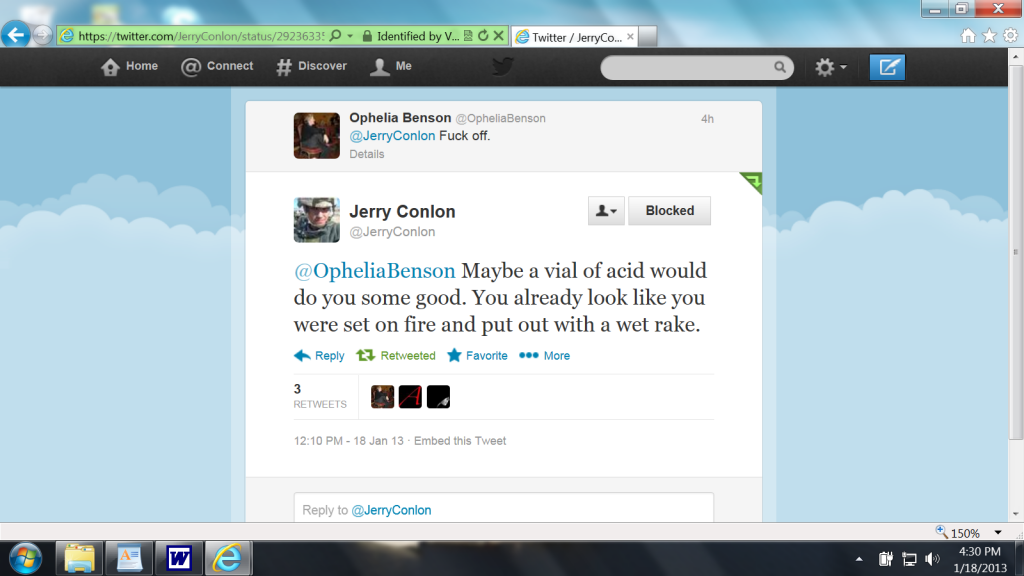