Now that I have your attention… 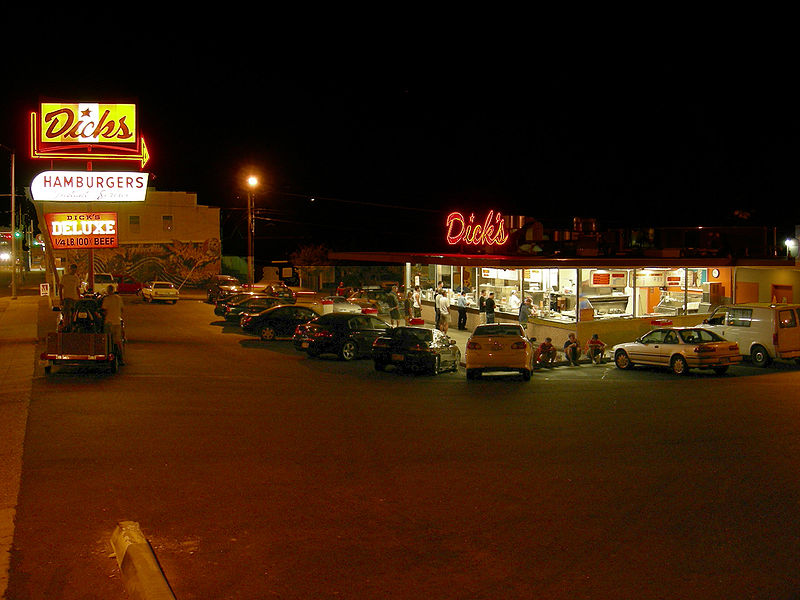 Dick’s Drive-In is a burger chain in Seattle. There’s one right by my house, and I was pestered incessantly to try it when I first moved here. I’m not sure what the fuss is about, because it’s woefully mediocre. I have a feeling it’s typical drunk food (in which case it would probably taste much better) or the product of years of childhood nostalgia. When I say I don’t really like Dick’s, Seattlites get kind of offended.

But now I have another reason to dislike Dick’s, not just because of their crummy cheeseburgers or stale fries or tiny (though undeniably delicious) milkshakes. James Spady, the owner of Dick’s, is also on the Board of Directors of the Discovery Institute, the Intelligent Design pedaling, evolution hating, intellectually dishonest shame of Seattle. Lovely.

Oh well. I didn’t need much more motivation other than taste to avoid Dick’s. Seriously, if I want cheap delicious food, why would I even walk past Rancho Bravos to get to Dick’s? Now I have even more motivation to stick to Mexican.

This is post 4 of 49 of Blogathon. Pledge a donation to the Secular Student Alliance here.

My very own Creation Museum » « Neanderthals and the beauty of science