About Jen McCreight
Before we touch on anything else, remember this: McCreight is always Right. It rhymes. If you ever meet me in person and actually pronounce my name correctly, you’ll get a thousand bonus points. 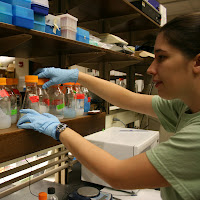 Anyway, I’m mainly just some sarcastic gal with a lot of strong opinions. I just graduated from Purdue University in West Lafayette, Indiana with a double major in Genetics and Evolution and a minor in Psychology. Yeah, good ol’ Indiana – I’ve lived here my entire life, though I consider myself a Chicagoan. I’ve been doing research in an ecological genetics lab for almost three years, and in the fall I’m going to the University of Washington to get my PhD in Genome Sciences. 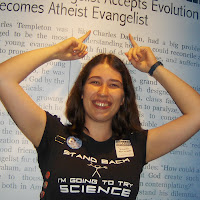 Other than being a giant biology nerd, I’m also really active in the atheist movement. I wasn’t raised in a religious household, so moving to a conservative Midwestern community for college was a bit of a culture shock for me. I co-founded the Society of Non-Theists at Purdue University at the beginning of my sophomore year, and was President for three years. We now have over 400 people on the mailing list, which should tell you two things: 1) Purdue desperately needed a voice for secularism and 2) I’m kind of insane when it comes to organizing things. I was also recently elected to the Board of Directors of the Secular Student Alliance, where hopefully I’ll continue to help secular groups across the nation.

I’m liberal, pro-choice, a huge supporter of gay rights, and oddly obsessed with human sexuality. Like, a lot. PZ gets squids, Hemant gets baby eating, and I get sex. I think I win.

In my nonexistent free time, I like painting and drawing, golfing (8 handicap, woo!), and playing video games. Especially Civ 4. Taking over the world is fun. 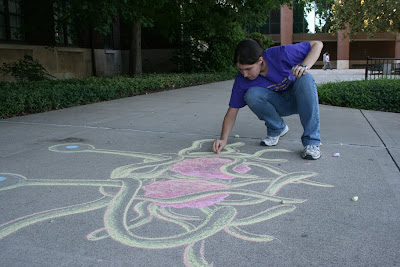 About the Blog
Blag Hag was created on March 11, 2009, mostly out of boredom. To be completely honest, I had just gotten out of a long relationship and needed something to pass the time in the void known as singledom. I thought, why not blog? I love writing, and I had kept a personal blog since middle school – a Xanga which I later upgraded to a LiveJournal (I am so classy). I’m also horribly opinionated about things, so it seemed like the perfect hobby. 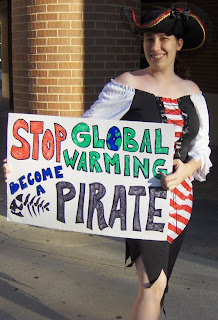 I haphazardly picked a name based on a bad pun just so I could get started. I never fathomed that people other than my close friends would actually want to read this thing, or that I’d start being referred to as The Blag Hag (Moral of the story: Think before you name things). But then I was Pharyngulated a couple of times, and apparently people think I’m funny (?) when I’m ranting about stupid people. There’s no shortage of stupid people in the world (unfortunately), so people stuck around (fortunately).

This blog doesn’t have a specific theme, unless you count Shit Jen Thinks About as one. Most posts are about atheism, religion, science, biology, sex, feminism, politics, and any strange combination of those things.