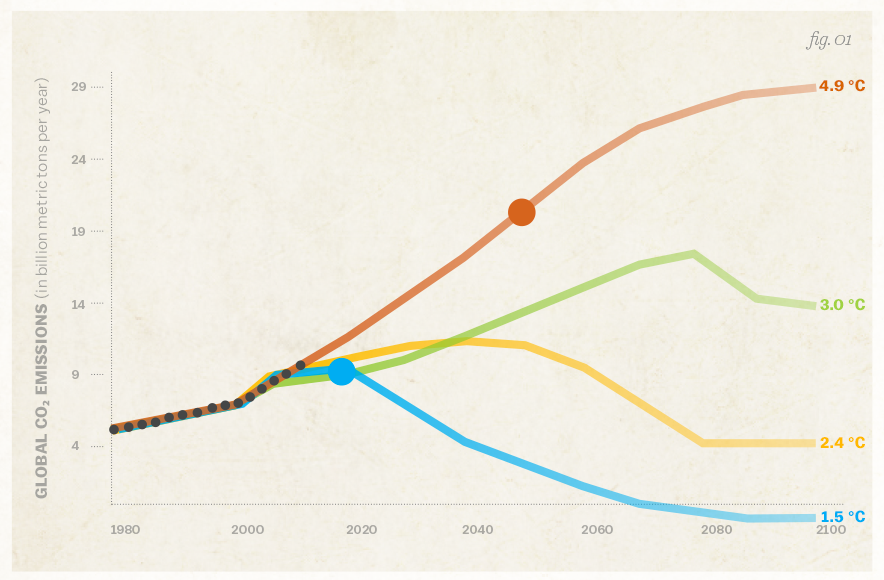 A common quip when deniers go into denial mode on climate change is that the climate has changed massively in the past. It’s natural! Search around and it’s not hard to come across this week, like any other:

Paraphrasing Rand Paul 23 April 2014 — The Earth is 4.54 billion years old, anybody who’s ever studied any geology knows that over periods of time, long periods of time, that the climate changes. I’m not sure anyone exactly knows why … but we have twenty-thousand year cycles … it has been much warmer than it is today. We have data for 100 years, tell me what 100 years of data is in an Earth that is 4.6 billion years old?

Sen. Paul occasionally fights the GOP headwind by pointing out inconvenient facts, notably the failed War on Drugs and the related travesty of prison and seizure running rampant in the US. Credit where credit is due for getting the Earth’s age spot on. A follow-up on the latter point would have been entertaining.

So let’s put this dismissive climate tactic in terms a Teaparty MD might appreciate: disease has been with us for millennia. How does a friendly neighborhood leper or your kid getting chewed on by a rabid skunk — or a plague of weaponized Anthrax — really matter in the great scheme of things? Medical science has only been around for a little while and disease has been coming and going for thousands of years, I’m not sure anyone knows exactly why. But it’ll all work itself out naturally. Just like it always does …

I like to think of this as the mutual fund argument: past performance is no guarantee of future results! Usually stated CYA fashion, right before an investment manager proudly cherry picks their marvelous return over the trailing one, or five, or ten-year periods.

Of course disease matters in the great scheme of things because it’s harmful. It matters because of the misery and death that comes with it. And we know why infectious disease happens, in scores of cases we know exactly why, there’s even an entire discipline or two dedicated to learning why and how and figuring out ways to prevent it. Likewise, the climate events often associated with the mass extinctions Paul alludes to are indeed natural. The Permian-Triassic extinction, the KT boundary, the Paleocene-Eocene Thermal Maximum, just to name a few. We know by examining the fossil record that these catastrophes came with death and suffering on incomprehensible scales, as deadly to the specific victims as man-made climate changes can be to extant species, including ours.

That is a stupid-ass argument to make about climate or anything else. Anyone can understand why, as soon as they wiggle out of the ideological blinders and intellectual handcuffs placed on them by guardians of willful ignorance and partisan police.

Money for nothing, chicks for free » « Cliven Bundy goes full racist (Updated, it gets worse)