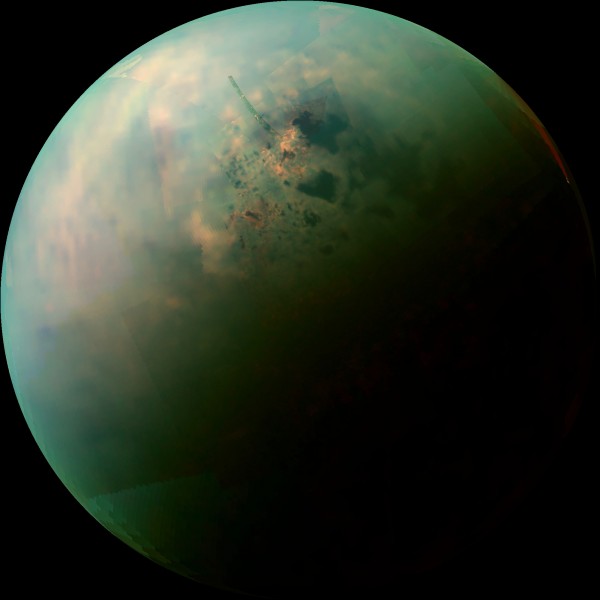 False-color mosaic courtesy of NASA’s Cassini spacecraft shows differences in the composition of surface materials around hydrocarbon lakes at Titan, Saturn’s largest moon. Kraken Mare, which is Titan’s largest sea and covers about the same area as Earth’s Caspian Sea and Lake Superior combined, can be seen spreading out with many tendrils on the upper right. The orange areas are thought to be the Titan equivalent of salt flats on Earth. Click image for more info at National Geographic online. Image via NASA/JPL-Caltech/University of Arizona/University of Idaho