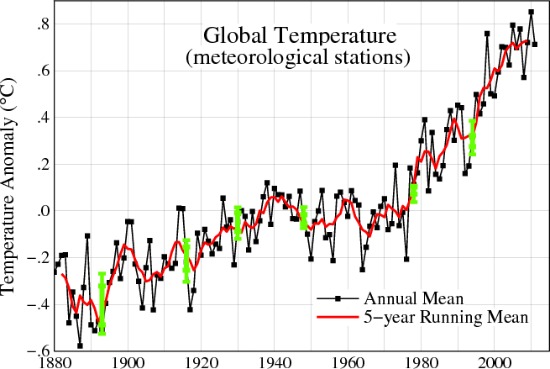 A headline making the rounds today says Study finds prehistoric humans benefited from climate change. See? Climate change is beneficial! But benefited is a dicey term to use. Besides, there are big differences between climate change then and now:

Studying marine sediment along the coast of South Africa, researchers reconstructed a climate record of the past 100,000 years, allowing them to compare innovations in human culture with variations in regional climate. The scientists found that, while areas in the Northern Hemisphere experienced colder conditions and some areas of sub-Saharan Africa saw extremely dry conditions, South Africa experienced extended periods of rainfall.These rainy conditions correlate with evidence in the archeological record showing significant periods of human advancement made about 71,500 years ago, and again between 64,000 and 59,000 years ago. Examples of cultural and technological innovations made during these times include the production and use of stone tools, personal adornment with shell jewelry, and the use of symbols, thought to be essential for the development of complex language, according to scientists.

There’s no doubt periods of rapid evolution during times of environmental stress can make a species what it is, we see that in the fossil record and it’s been researched for years starting with concepts like Punctuated Equilibrium. It makes sense a similar phenomenon might work on human culture, too. But that doesn’t mean it would have been a fun time to be a member of that species, far from it. The K-T impact 65 million years ago likewise benefited human ancestors and no one with half a brain wants that to happen the day after tomorrow. 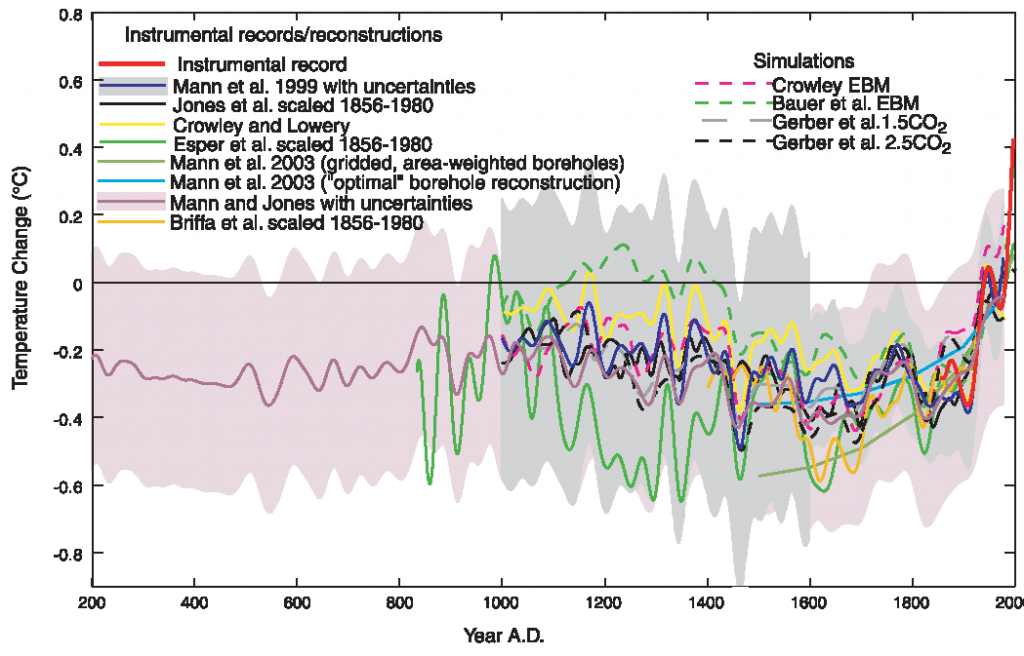 The other item has to do with the pace of the change. Prior periods in which the temperature jumped dramatically, globally, and quickly, include the Paleocene-Eocene Thermal Maximum about 55 million years ago and the Permian-Triassic Extinction about 250 mya. By quickly, paleobiolgoists and paleoclimatalogists mean the change happened over a minimum of 20,000 years, if not longer. In the most rapid scenario during the PETM the temperature changed by about 0.0003 °C (.00055 °F)/year. It’s doubtful you’d even notice that over the course of a human lifetime unless you happened to be the lucky ducky around for a big tipping point. We have the potential to change global climate a thousand times faster, 10 °F or more in a few hundred years. A blink in geologic time. And at a time where billions are completely dependent on fragile industrial farming chains and armed to the teeth.