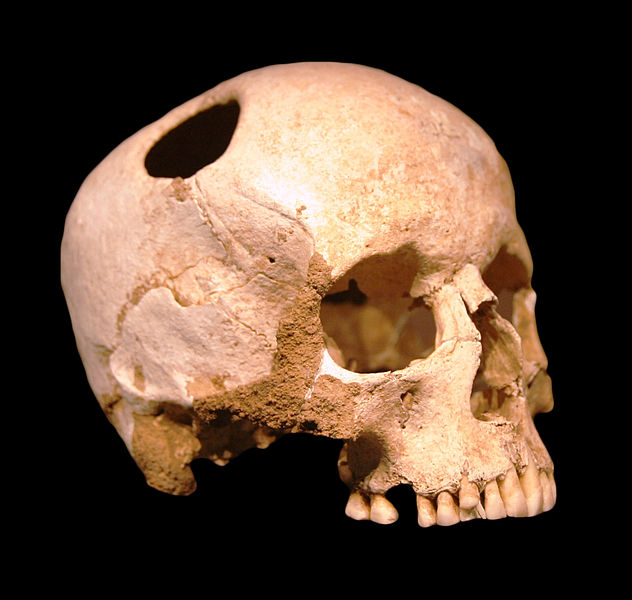 Over the course of the week I was hit with several emails informing me of the mystical benefits of bleeding. I even started joking with my friends that all it might take is a touch of new age nonsense combined with ancient medicine and old men wearing robes, and there would be people who would buy into trepanation. You know, cutting holes through the cranium to let bad spirits out. You know what’s coming next, don’t you?

Link— Skull trepanation has usually been considered a strange oddity by archeologists, anthropologists and neuroscientists. With nearly complete unanimity those professions consider trepanation to be some inexplicably superstitious and outdated practice for which there is no justification in the modern world. In short they believe that skull trepanation has no scientific basis.

The view at ITAG has been in direct opposition to the above positions. The hypothesis here at ITAG has been that making a opening in the skull favorably alters movement of blood through the brain and improves brain functions which are more important than ever before in history to adapt to an ever more rapidly changing world.

That would be the website for the ITAG or Internatrional Trepannation Advocacy Group. I didn’t look too closely, can someone please find evidence that this site is a joke?

What’s the opposite of the bandwagon effect? » « Bleeding complete