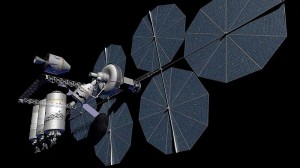 Online News — Planetary Resources thinks that by using the relatively cheap LauncherOne they can launch more space telescopes in orbit around the earth. The company has the necessary space telescopes to search for asteroids that it wants to investigate for the presence of water and other precious metals. At a later stage, robots will go mine these precious commodities.

The telescopes will be used to spot and classify potential sources of water and other substances for the company to extract. As of now there is no deployment ETA, but speculation is PR could be field testing the first scopes by early 2015.