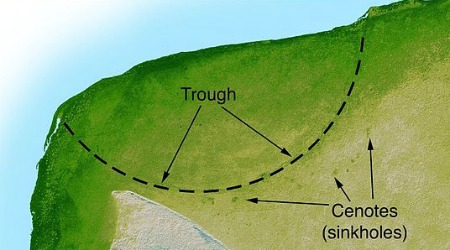 That’s what the headline says sans the question mark I put in at the end, added because I am skeptical. And while it’s certainly interesting research, it’s fair to say that header looks a teensy-tiny bit over the top, perhaps intended to grab pageviews. Which in all fairness seems to have worked!

(Fox News with my apologies) — The researchers calculated that the prehistoric beasts pumped out more than 520 million tons (472 million tonnes) of methane a year — enough to warm the planet and hasten their own eventual demise. Until now, an asteroid strike and volcanic activity around 65 million years ago had seemed the most likely cause of their extinction.

Giant plant-eating sauropods were fingered as the key culprits in the study, which appears in the latest edition of the journal Current Biology. An average argentinosaurus, weighing around 90 tons (82 tonnes) and measuring 140 feet (42m), chomped its way through half a ton (half a tonne) of ferns a day, producing clouds of methane as the food broke down in its gut.

There’s no doubt giant sauropods could break a prodigious wind, but it’s arguable that size doesn’t matter so much as quantity of gas expelled, and it’s a bit much to pin the entire K-T event on farting, especially in light off the other evidence for a large impact and increased volcanism 65 million years ago. That’s what happens when Fox News is in play.