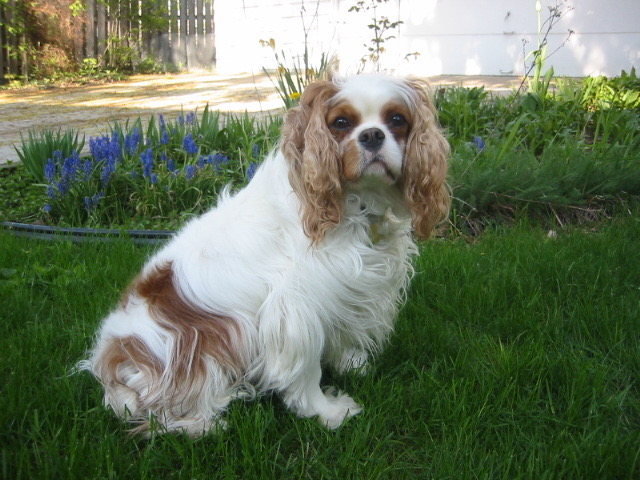 He was a truly wonderful dog, gentle, affectionate, and playful, and I loved him dearly. I am lucky to have had him as part of my life for so long and losing him is very painful to bear.

I need to take a break from blogging for a couple of days.

Sherry Vill remembers feeling embarrassed and stuck as the New York governor Andrew Cuomo “manhandled” her and came on to her in her own home, in front of her husband and son.

“He towered over me,” she said during a press conference on Monday. “There was nothing I could do.”

Vill, 55, met Cuomo in May 2017, when he visited her suburban house near Rochester, New York, while surveying flooding damage in the area. Hers is the latest in a series of allegations detailing a pattern of sexual misconduct by the now infamous chief of state.

Vill recalled Cuomo holding her hand, forcibly grabbing her face, aggressively kissing her cheeks and calling her beautiful. The unwanted advances made her uncomfortable, especially around her family and neighbors.
END_OF_DOCUMENT_TOKEN_TO_BE_REPLACED

After Reconstruction when Black voters obtained the right to vote, there have been serious efforts to limit their voting by raising all manner of obstacles as part of the Jim Crow laws that limited Black participation in civic life. The Republican party has for the longest time, ever since they realized that they were in danger of becoming the permanent minority party, sought to disenfranchise voting by poor and minority communities so that they could hold on to power by retaining a majority in the white community. In the past, these efforts were more discreet but Trump’s failure to win re-election and the loss of their majority in the senate by two senatorial defeats in Georgia, of all places, has resulted in a re-thinking. This is because despite their efforts at Black voter suppression and energizing their white voters to come out in record numbers for Trump, voters of color were energized even more and the increase in their numbers dwarfed increased white turnout.
END_OF_DOCUMENT_TOKEN_TO_BE_REPLACED 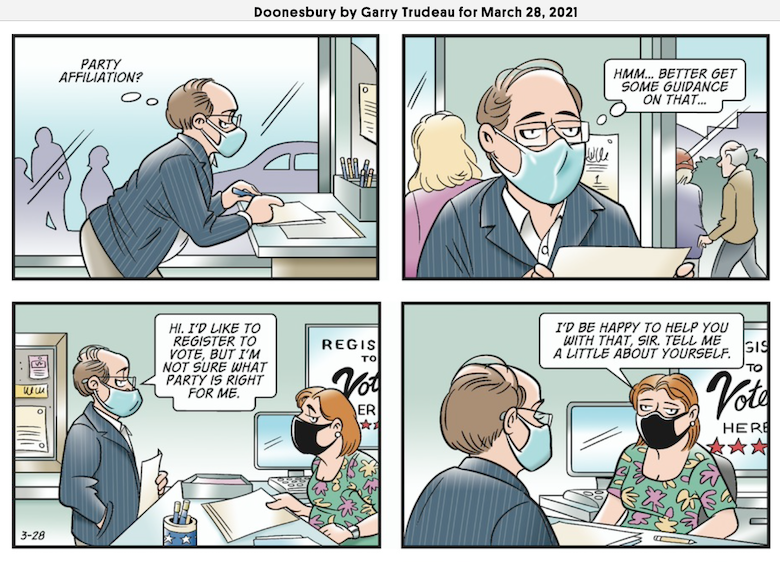 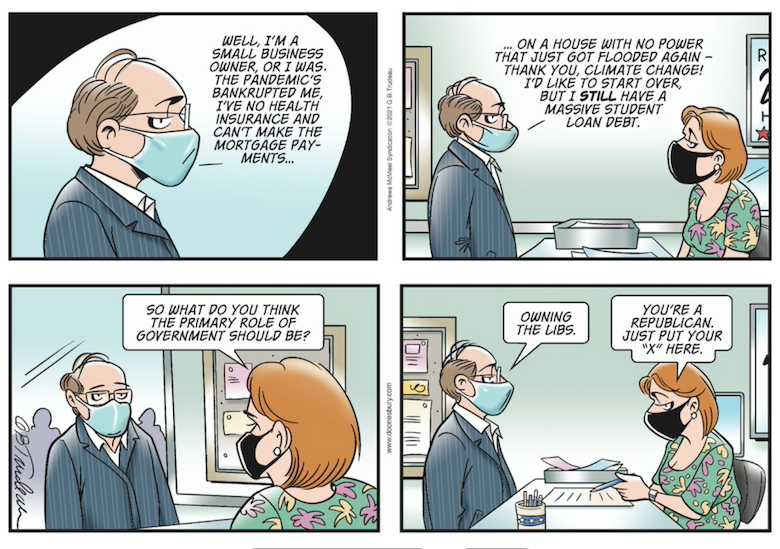 Today is the last day of voting for the unionization drive at the Amazon center in Bessemer, Alabama. Amazon has pulled out all the stops to defeat the move because Amazon is a rapacious predatory company. Amazon boasts about the fact that it pays $15/hour but its working conditions are deplorable, as it uses advanced technology to drive its workers to the limit.

But the significance of the drive has more to do with the company itself. Amazon is now among the largest private employers in the United States; its founder, Jeff Bezos, is arguably the wealthiest man in modern history. The company has paid every one of its workers fifteen dollars per hour since November, 2018, while also pioneering second-by-second monitoring of its employees. “This isn’t just about wages,” Stuart Appelbaum, the R.W.D.S.U.’s president, told me, on Monday. It is also about the strenuous pace of work, and the real-time surveillance methods that Amazon has used to monitor employees. Appelbaum said some of the workers that his union has represented have had employers that monitored their locations with G.P.S. chips in their delivery trucks, “but there’s nothing like this, where you’re expected to touch a package every eight seconds.” It had been hard to organize within the Bessemer facility, he said, in part because many of the workers did not know one another. “It’s hyper-Taylorism,” Damon Silvers, the director of policy and the special counsel of the A.F.L.-C.I.O., said. “Amazon has determined an optimal set of motions that they want their employees to do, and they have the ability to monitor the employee at all times and measure the difference between what the employee does and what they want them to do, and there is nowhere to hide.” Appelbaum said, “People tell us they feel like robots who are being managed by robots.”

END_OF_DOCUMENT_TOKEN_TO_BE_REPLACED

I wrote recently about cheating in online chess tournaments. I no longer play chess but do play bridge quite a lot and with the pandemic have done so online, playing in tournaments frequently. Bridge has many more opportunities for cheating than chess, even when playing in physical space with all four players around the same table. This is because chess is played alone and the board is visible to everyone so that the only way to cheat is for a player to secretly get information from a superior player or a chess engine.

But bridge is a game involving partners where the cards held by each are hidden from the others during the bidding process and just one player’s cards are exposed on the table once play has started. So knowing what cards other players have is very helpful. The bidding process consists of conveying information about one’s cards using bidding conventions that have to be shared with opponents using a ‘convention card’ so that opponents know what your bids mean. If one uses a bidding convention that is not standard, you are expected to alert the opponents and, if asked, explicitly tell them what the bid means.
END_OF_DOCUMENT_TOKEN_TO_BE_REPLACED

In this episode, correspondent Roy Wood Jr. of The Daily Show investigates the deeply puzzling question of whether Donald Trump Jr. knows who his father is. 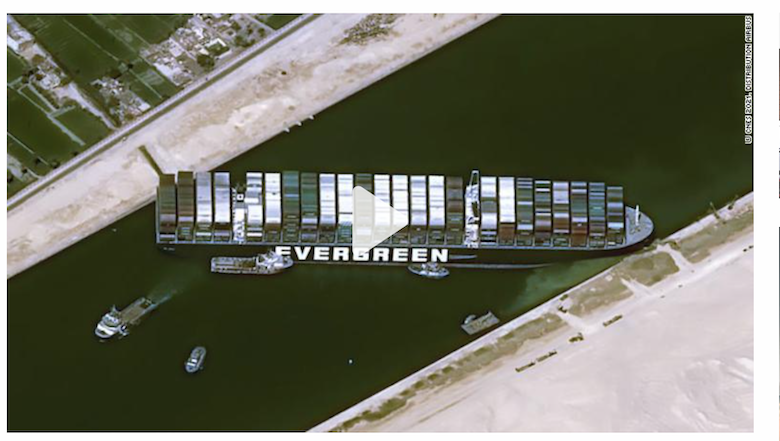 Dominion Voting Systems has hit Fox News with a $1.6 billion lawsuit for defamation for its wild allegations against the company that it engaged in massive election fraud to deprive Trump of the presidential election victory. It had earlier sued Trump’s erstwhile lawyer Sidney Powell for $1.3 billion.

The company alleged that the network “recklessly disregarded the truth” and participated in a disinformation campaign against it because “the lies were good for Fox’s business.”

n the immediate aftermath of the 2020 election, then-President Donald Trump falsely asserted that the election had been rigged against him. His allies promoted outlandish conspiracy theories about Dominion to support Trump’s false claims.

“Fox took a small flame” of disinformation and “turned it into a forest fire,” Dominion said in its lawsuit.

“The truth matters. Lies have consequences,” Dominion’s lawsuit added. “Fox sold a false story of election fraud in order to serve its own commercial purposes, severely injuring Dominion in the process. If this case does not rise to the level of defamation by a broadcaster, then nothing does.”
…

In its lawsuit, Dominion specifically mentioned hosts Maria Bartiromo, Tucker Carlson, Lou Dobbs, Sean Hannity, and Jeanine Pirro, three of whom were named as defendants in Smartmatic’s lawsuit. Fox is the sole defendant in this suit.

END_OF_DOCUMENT_TOKEN_TO_BE_REPLACED

I am not sure what it says about my sense of humor that I find these kinds of cartoons funny. 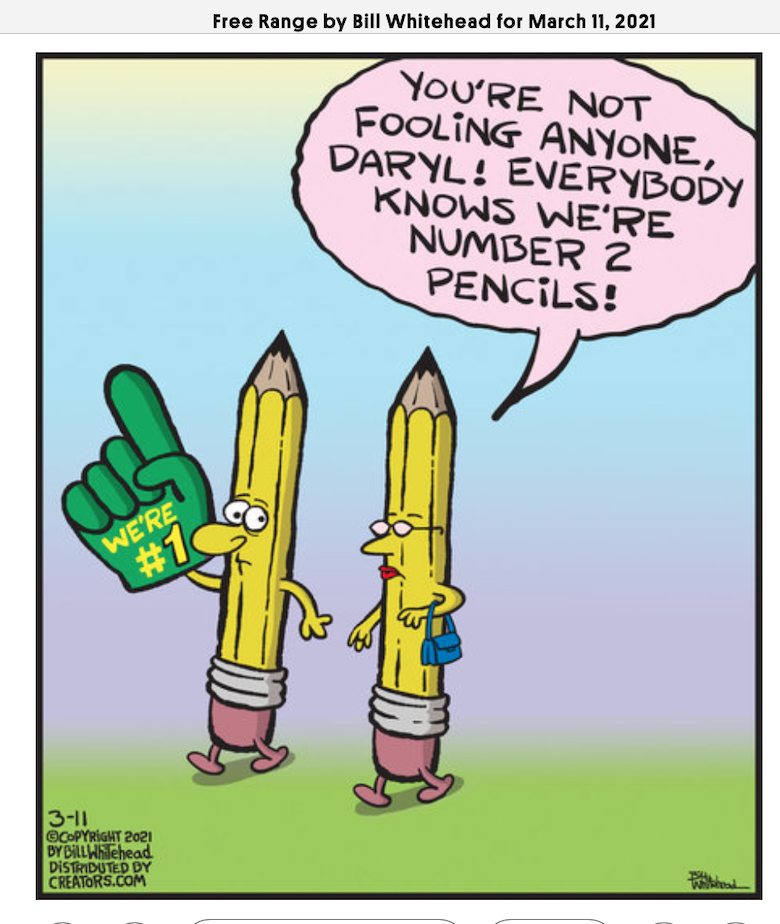 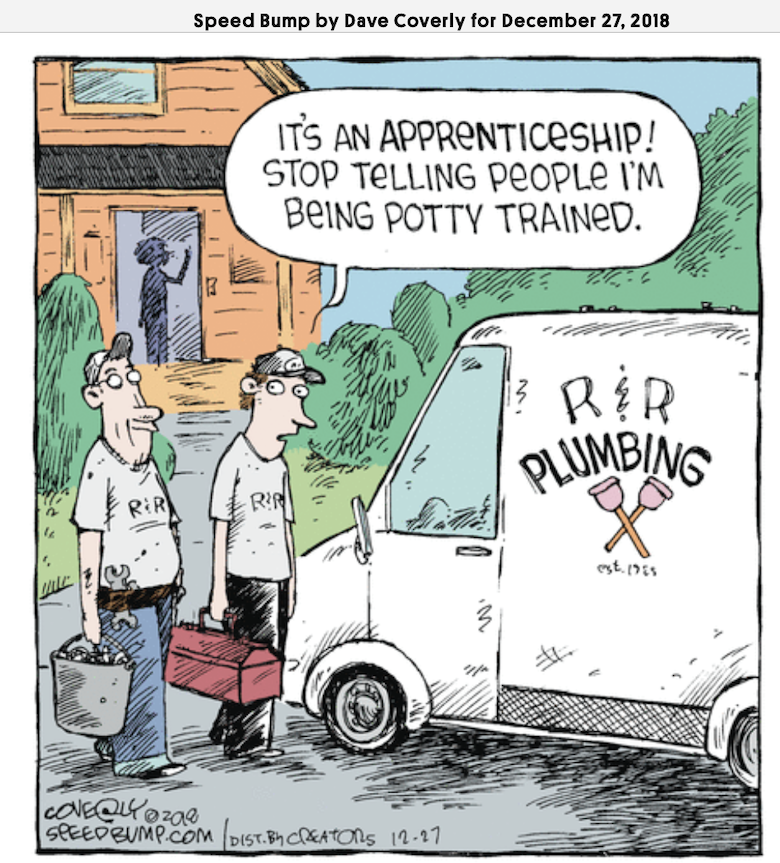