The above sign, without the mask requirement, is commonly found posted at the entrance to many business establishments in the US and has been so for a long time. As far as I am aware, it has not caused any controversy and shirtless or shoeless people have not threatened the businesses with lawsuits. And yet, because mask wearing has been made into a culture war issue by Donald Trump, we now have the bizarre spectacle of people doing just that. Take this case:

Hugo’s Tacos, a beloved LA chain, announced Sunday that it was temporarily closing both its taco stands after its employees reported increasing harassment from customers who refused to wear masks during the ongoing coronavirus pandemic.

The harassment – ranging from racial slurs to food and objects being thrown at employees – “has taken a toll” on staff, CEO and part-owner Bill Kohne told BuzzFeed News. Kohne said he wants to give his employees a break as the company works toward solutions to better protect them.

Democrats on the House Select Subcommittee on the Coronavirus Crisis are threatening to bar Republican members from participating future meetings in-person after they showed up to a hearing on Friday without masks.
…

Rep. Jamie Raskin, a Democrat, also chimed in to note that dozens of members of Congress have quarantined because they’ve either tested positive or come into contact with others who have, even pointing to the death of Rep. Maxine Waters’ sister who died from the coronavirus.

“Why is it some kind of macho thing, like, ‘if I don’t wear a mask, I’m tough”? If you want to be tough, go spend the day with the nurses and doctors in the hospitals,” Raskin told members during the committee hearing Friday morning.

That this has become a partisan issue can be seen by this poll that shows that Republicans are the least likely to say that they wear masks when they leave the house. 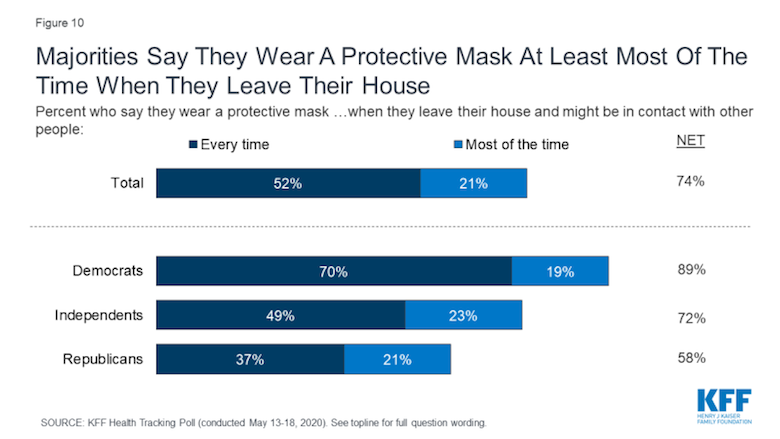 Retiring Republican senator from Tennessee Lamar Alexander has implored Trump to wear a mask so that his supporters will follow suit but that will not happen. Trump has vested too much into his macho image to now begin to wear one even as the number of coronavirus cases have started surging. This Republican refusal to follow the minimal precautions comes even when a report from Goldman Sachs (Goldman Sachs!) said that a national face mask mandate would provide an economic a benefit of about $1 trillion when compared to a possible lockdown.

We now have people arguing that the mask requirement is an unconstitutional violation of their personal freedoms and that we are seeing the further growth of the ‘nanny state’.

What gives businesses the authority to serve as government’s enforcer on this same face masking matter?

It appears that the government has the right to mandate things like wearing face masks, especially during a public health emergency. This is because you not wearing a mask threatens the health of others, the same rationale used for smoking bans.

But can private businesses enact such bans so on their own? It would appear that they can as in the case of shoes and shirts, but some businesses are asking at least their local governments to mandate the requirement to wear masks so that they can tell protestors that they are simply following the law and that if they don’t like it, to take up the issue with the government. This is because some mask opponents are telling businesses that they have a disability that prevents them from earing a mask and businesses do not have the ability to adjudicate such matters.

Some mask opponents even argue that wearing a mask reduces your oxygen intake and increases your carbon dioxide retention. This nurse shows that that is not the case, even if you wear three masks.

What is the matter with these people that they are willing to elevate a perfectly trivial and minor inconvenience that protects public health into a major constitutional issue? And it is a battle that they will surely lose since the courts have ruled repeatedly that the need to protect public health allows governments to take reasonable measures. And what can be more reasonable than wearing a mask?

Oddly enough, it used to be that laws prohibiting the wearing of masks were challenged on the grounds that people had the right to be anonymous in public. 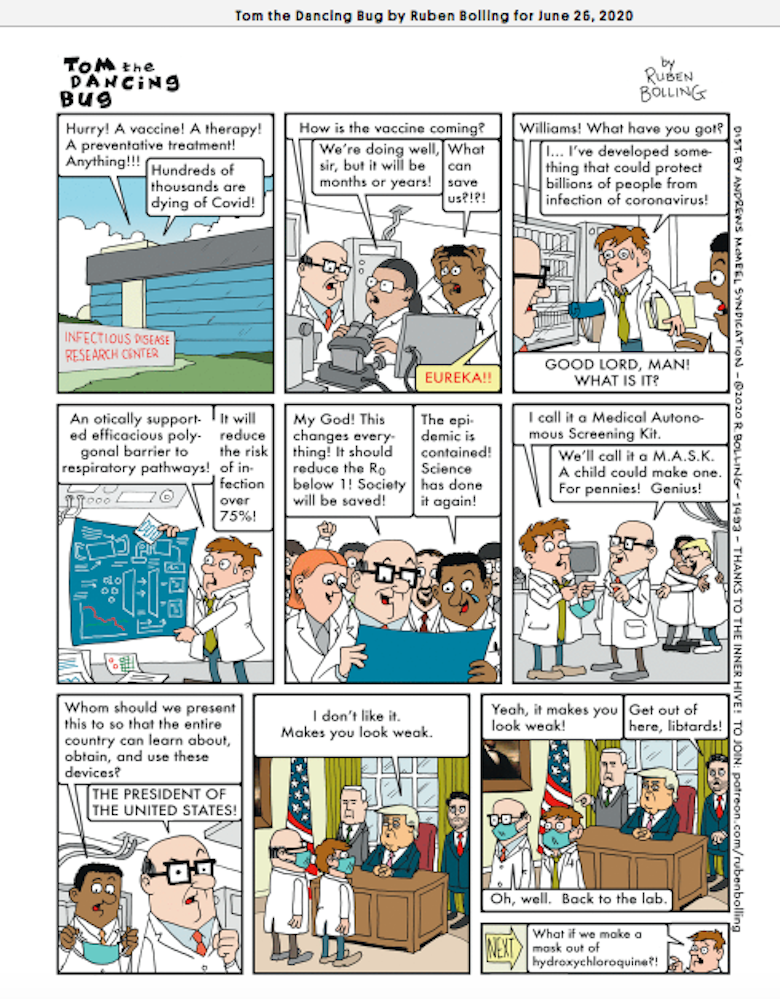