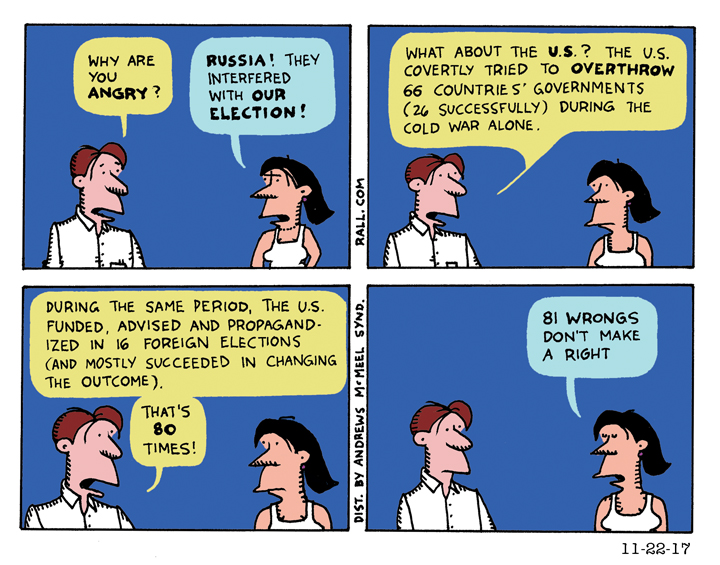 As cartoonist Ted Rall says: “The United States tried to overthrow or directly interfere in the elections of at least 80 countries throughout the Cold War alone. How exactly is it in a position to complain if it turns out to be true that Russia interfered with the 2016 presidential election?”