Those who are expecting the US senate to block the atrocious health care bill passed by the House of Representatives should not be too sanguine. They may pass a slightly watered down version but it will still hurt a lot of people. 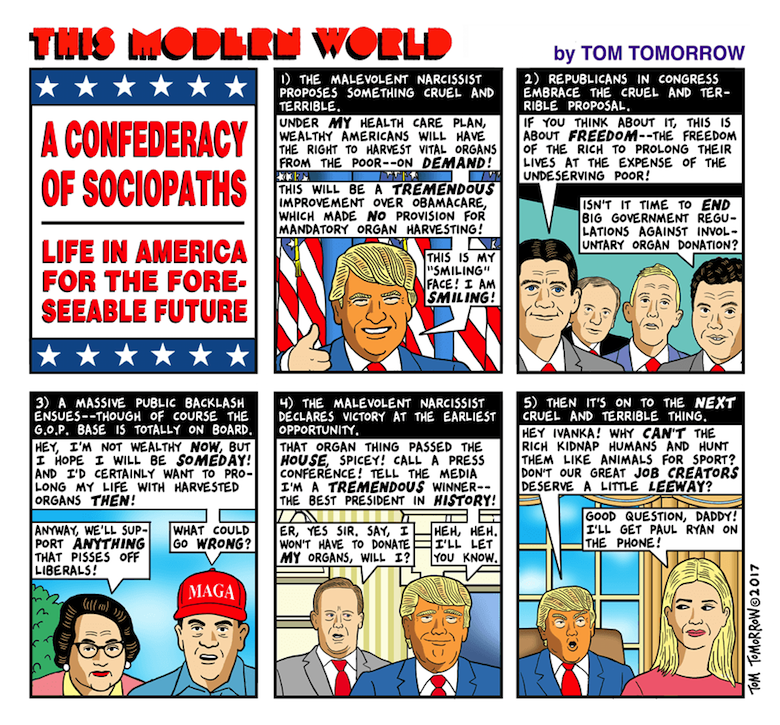 Jimmy Kimmel also talks about the reaction he has gotten to his earlier plea for health care and takes on that pseudo-intellectual Newt Gingrich. He also has on a Republican senator to get him to commit to providing access to adequate health care for everyone, irrespective of income. The problem is that any such commitments by these politicians are worthless. They will later lie that they said it.

The Comey affair » « The curse of blasphemy laws