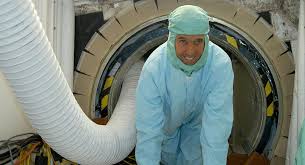 Is it only me or is anyone else embarrassed by the antics of the various Republican candidates in their willingness to do things that make them look ridiculous? Have they learned nothing from the past of John Kerry dressed in a weird-looking biohazard suit and crawling through a tube, looking for all the world like one of the sperm in the Woody Allen film Everything You Wanted to Know About Sex But Were Afraid to Ask?

We had Lindsey Graham destroying a cell phone in multiple ways including dropping it in a blender. Ted Cruz impersonating characters from the Simpsons TV show and firing a gun with bacon wrapped around the barrel. Chris Christie sharing details about his use of contraceptives. Bobby Jindal doing pushups and other macho stunts while wearing his trademark simpering expression. Rand Paul taking a chain saw to the tax code. Mike Huckabee just being Mike Huckabee. Compared to them, Donald Trump has to struggle to be seen as the biggest buffoon in the race.

At long last, sirs, have you left no sense of decency?

Show some dignity. You are, after all, seeking to become president of a country.