The origins story of the Mormon church, like all religion origins stories, is a real riot. Founder Joseph Smith claimed to have been led by the Angel Moroni to gold plates buried in a field containing strange writing that he called ‘reformed Egyptian’ but was able to interpret and translate into English by peering into a hat and using a magic stone that he called a ‘seer stone’. This document became what is called the Book of Mormon, their bible.

Unfortunately for scholars but fortuitously for the myth, Smith gave the gold plates back to Moroni after translating them and they were never seen again. But the church has the copy of the translation sent to the printer and the seer stone and after keeping both locked away, they have decided to allow the public to at least see images of them for the sake of transparency.

In a recent essay, the LDS Church explained how Smith, according to some accounts, used the seer stone. He peered into a hat, to block out exterior light, and “read aloud the English words that appeared on the instrument.”

“As a young man during the 1820s, Joseph Smith, like others in his day, used a seer stone to look for lost objects and buried treasure,” the essay said. “As Joseph grew to understand his prophetic calling, he learned that he could use this stone for the higher purpose of translating scripture.”

Here is the egg-sized rock. I don’t know what happened to Urim and Thummim. 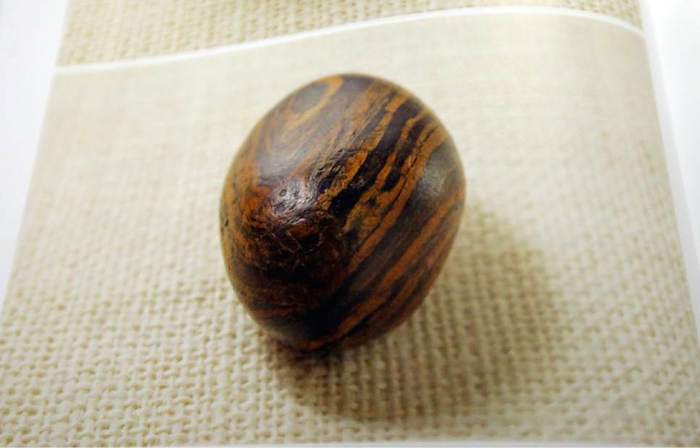 Doesn’t look that magical to me. I guess you had to be there.