To celebrate the end of classes, we have two big events this weekend at UMM.

First up, park your butt in an auditorium (haven’t they had enough of that?), and watch a Marvel Movie Marathon. I’m not sufficiently interested in the Marvel universe to do that, but sure, soak in it for the weekend. 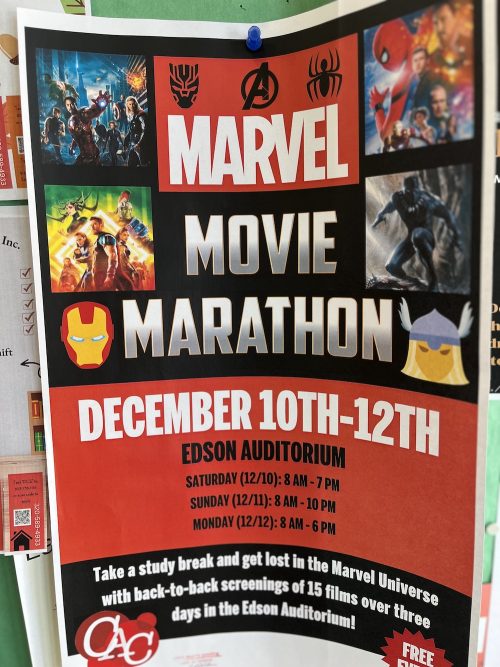 And then, top off Saturday night with the Yule Ball. This is a photo of a decorative pile of tchotchkes that were on a table. I like the sentiment on the button. 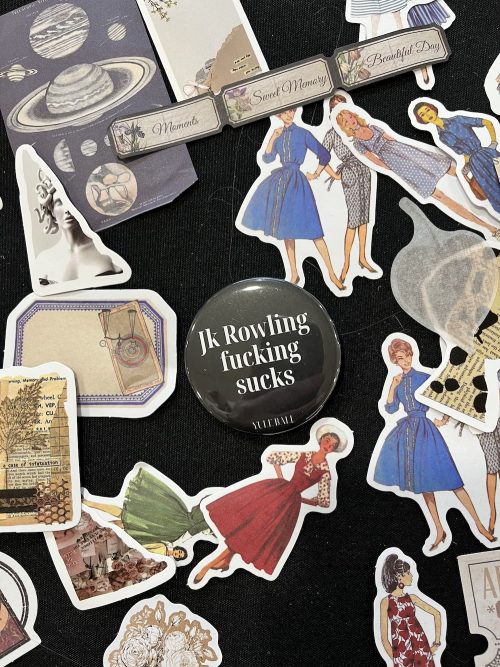 Party hard, young’uns! For the professoriate will deliver unto you a week of pain immediately afterwards!