This is my prediction, too. I have no confidence that we’ll make it through the semester without some radical revision in our plans. 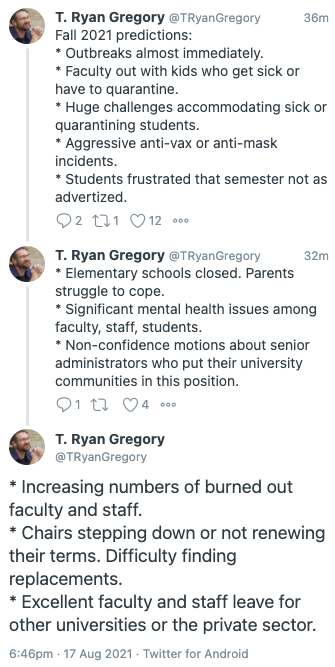 I’ll testify to the burnout problem personally — the stress and uncertainty take their toll. Also, the declining confidence in university administrations is real.

Gregory, by the way, has announced that he’s on the market for a new position already, so if you’re at a university that isn’t saddled with an out-of-touch, blithering administration (are there such things) you might be able to snap him up.

I yet live » « Did I really need a reminder of what my day will be like?