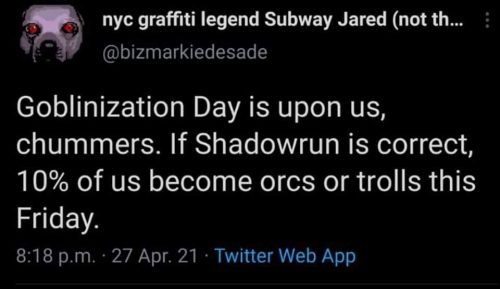 Sadly, Shadowrun is not correct. It is a work of fiction.

That said, will anyone be surprised if I turn into a tiny, decrepit gnome overnight?

A virtual meeting of arachnologists » « It’s all old neckless white guys with buzzcuts harassing kids, in my mind