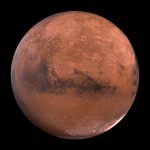 SpaceX had a planned manned space flight the other day, postponed now until tomorrow, so is it too soon to complain about the whole project? Here’s an article, The Case Against Mars, which asks a really simple question: WHY?

Why are billionaires like Musk and Bezos and Branson eager to take on the complex and expensive task of launching rockets into orbit and eventually to Mars? Why is Mars even a reasonable destination for human colonization? So the author of this article, Byron Williston, does the obvious thing: he looks at SpaceX’s own justifications, which turn out to be astonishingly vapid. Anyone should be able to see right through this crap.

To get a sense of the first attempted justification, by far the most ubiquitous of the three, return to that SpaceX promo-video. Narrated by Musk himself, the “case” for Mars it lays out has been invoked by space expansionists since humans began fantasizing about occupying other celestial bodies—asteroids, moons, and planets—and building rockets powerful enough to take us to them. The simple idea is that expansion is the next step in evolution and that we ought to push it forward. Life has evolved from single-celled organisms, has migrated from the oceans onto land, has exploded into myriad forms of multi-celled organisms, and has somehow produced consciousness. The next step, Musk says, is surely to make life “multiplanetary.”

With characteristic inarticulacy he summarizes the argument this way: “if something is important enough to fit on the scale of evolution, then it’s important.” It’s not obvious whether that’s a tautology or a non sequitur, but in either case it is breathtakingly facile. You get the impression that the appeal to evolution is semi-intellectual cover for Musk’s sense of wonder at his own chutzpah. This feeling that they are doing something so big that it defies all attempts at rational comprehension shows up frequently among technology’s high priests.

That’s not how evolution works! Elon Musk doesn’t get to dictate the necessary direction of future human evolution. This is just weird biased progressivism imposed on the pattern of diversity. There isn’t some kind of internal biological need to adapt to live in uninhabitable environments. Can we just openly admit that Mars is not a place where human beings can live, no matter how many potatoes you think you can grow in poop? Manned missions to Mars are suicide missions, something that isn’t going to be favored by evolution.

That’s one justification that is totally bogus. Surely they’ve got better ones?

That brings us, finally, to the other two attempted justifications for space expansion: that the program will safeguard the long-term future of our species and that it will enhance human freedom. The first idea arises from the observation that given the inevitable heat death of the sun a billion or so years from now, our career on this planet is ultimately doomed, so we’d better figure out a way of transporting ourselves out of the solar system as soon as possible. The idea seems to be that discovering the planet’s finitude has somehow massively accelerated the imperative to leave it. In a remark quoted by many space expansionists pushing this line of thought, Tsiolkovsky once said that “Earth is the cradle of humanity, but one cannot live in a cradle for ever.”

This is a stunningly silly argument. It’s a bit like learning you will have to leave the family nest several years down the road, then deciding you had better start packing right away. As Deudney notes, we have a few hundred million years to prepare for the Sun’s death, making that event completely irrelevant to our policy choices in the coming decades and centuries. Perhaps instead of worrying about being swallowed up by an expiring star in an impossibly distant future we might devote an equivalent amount of intellectual and political energy to avoiding climate catastrophe on this planet within the next decade or two. Just a suggestion.

If you are seriously concerned about the viability of the human species, why are you rushing to ship a handful of people off to their death on an inhospitable rock rather than developing technologies that maintain the health of planet Earth? If you care about “human freedom”, how does moving a subset of humanity into a confined, fragile habitat that requires tight restrictions on the inhabitants’ behavior help that? None of this makes any sense.

It makes sense to send probes to explore other planets — we learn things. It makes sense to put satellites into orbit — we learn things about our planet, and it enables all kinds of useful communications technologies. It does not make sense to launch people off to Mars. It’s rather shocking that SpaceX has no legitimate defense of Musk’s grand goal. But then, what else could we expect from goofball who also can’t defend his idea of boring lots of tunnels under cities?