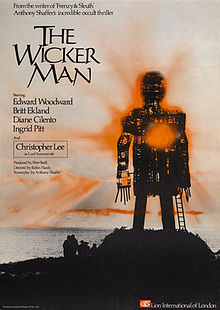 Often, on a weekend I’d go to our local theater to see whatever was booked, no matter what it was. That was right out this weekend for two reasons. One, the movie playing was I Still Believe, “The true-life story of Christian music star Jeremy Camp and his journey of love and loss that looks to prove there is always hope.” Jesus. No. Just no. The theater does this every once in a while, booking some dreadful Christian dreck, usually at the request of local churches, to lure in the believers. They tend to come in droves. I wondered whether this was a cunning plan to bring in a mass of Christians to cross contaminate each other and terminate that ugly segment of the population, but no, the people who run the theater are nice and try to be accommodating to the community. Only I am wicked enough to imagine using cheesy evangelical Xian movies to seduce the faithful into embracing an epidemic.

Besides, the second reason I couldn’t go to the movies was that the theaters are all shut down. The plan was foiled.

But I still have Netflix! I started browsing, and perhaps it was my anti-Xian fuming that made it leap out at me, but The Wicker Man is available. No, not The Wicker Man, the 2006 abomination with Nicolas Cage, but the original 1973 movie with Edward Woodward. I remember seeing it when it first came out and enjoying it, but that was almost 50 years ago. It was memorable enough that I remember the plot. Spoilers ahead…but it is a 47 year old movie.

Here’s what I recall: an officious British police officer comes to a remote island to investigate a report of a missing girl. It quickly becomes obvious that all the inhabitants are lying, as their story keeps changing. The officer pursues every lead, getting closer and closer to the truth, until he discovers he has been led into a trap, and is put into a wicker man that is set afire as a sacrifice to the harvest.

What I had completely forgotten, surprisingly, was all the sex and folk songs. No, really — Officer Howie walks into the local pub, all the old codgers start sing a bawdy song about the landlord’s daughter. He goes for a walk, there are people snogging all around, and there’s swarms of couples fornicating in the fields. He’s so distressed that he goes back to his room and prays. Then the landlord’s daughter (Britt Ekland) starts singing a siren song outside his room. She’s starkers, of course. She slaps the wall in time to her song, gyrating her hips spectacularly, while Officer Howie trembles and sweats and refuses to open the door.

The whole movie is like that. The villagers are all cheerfully sex-mad, and they’ve got a song for everything. The school kids are dancing around a maypole, or in the classroom learning what a maypole represents, while a squad of naked teenagers sing and dance in a circle (“divinity lessons” — theology would be much more popular if that was typical). Officer Howie wanders about the island, constantly appalled at the degeneracy on display. Everyone is so happy and cheerful, except Officer Howie, who is generally indignant and stuffy. The villagers all reject Christianity, while the officer embraces a rather prudish version of it.

We meet Lord Summerisle, played by the amazing Christopher Lee, young, tall, and aristocratic, and his hair in a 70s shag haircut. He explains that he’s not a pagan, but “A heathen, conceivably, but not, I hope, an unenlightened one.” Howie is preachy and angry and insistent that this is a Christian country. The conflict between the old joyous gods and prissy Christianity is obvious throughout.

Christianity is doomed in this story. Howie is eventually led to the pagan barbarity of the Mayday celebration, which he is urged not to attend, lest he be offended. It turns out that the celebration is a parade of villagers dressed up as animals and jesters, led by Lord Summerisle in long hair and a dress. Of course Howie attends in disguise, and is surprised to learn that he is the guest of honor and gets tied up in the wicker man and dies horribly, screaming out Bible verses and prayers.

That’s why the 2006 remake was so bad. For this inversion to work, Officer Howie has to be a staid, somber, conservative plodder — Nic Cage came off as weirder than the villagers. Skip it. Watch the original. It’s highly entertaining in its idiosyncracies.